Policy makers are facing a challenge: how will they tax high-performance cars in light of WLTP test results? The power paradox, as Autovista Group calls it, is that cars such as the Lotus Exige Cup 430, Ford Mustang 5.0 GT and Subaru BRZ all have lower CO2 emissions under WLTP testing than their NEDC-correlated figures. Simply adopting WLTP emissions figures would therefore make the tax burden on these powerful cars lower than with NEDC-correlated figures. By contrast, many cars that are considered to be environmentally-friendly would face significant tax hikes. This would appear to defeat the object of the more sophisticated WLTP test. The reality is that cars are more polluting in the real world than under NEDC test conditions and the new WLTP process is focusing attention on this. 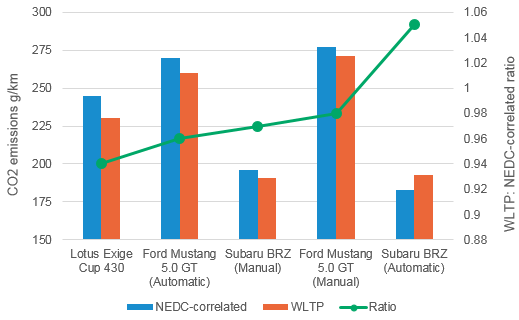 Although the Exige Cup 430 is the only Lotus model for which WLTP and NEDC-correlated figures are currently available, this does tally with the lightweight philosophy of Lotus founder Colin Chapman. Optional extras, which can increase emissions as they are factored in to the WLTP test but were not for NEDC, do not really come into the equation. Lotus cars have also undoubtedly been optimised more for performance than for emissions testing and so this does help to explain the Exige’s WLTP: NEDC-correlated ratio of 0.94; the best ratio of all models for which the data is available so far. The Ford Mustang 5.0 V8 GT has a WLTP: NEDC-correlated ratio of 0.96 when mated to an automatic transmission and up to 0.98 when supplied with a manual gearbox. Conversely, the Subaru BRZ has a ratio of 0.97 when fitted with a manual gearbox but 1.05 when equipped with the six-speed automatic transmission.

Whether Ford, Lotus or Subaru will actively promote these lower WLTP figures is rather unlikely. The cars still produce high emissions under WLTP testing, ranging from 191g CO2/km for the manual BRZ to 271g CO2/km for the manual Mustang. Nevertheless, it does present an interesting challenge for policy makers who will surely not be keen to reduce the tax burden on such vehicles.

Conversely, initial analysis reveals that many cars with comparatively low emissions are suffering from far higher WLTP: NEDC-correlated ratios. This is because the demands of the faster WLTP test cycle are greater than they were under NEDC testing and less powerful engines are having to work harder. This includes increasing the injection of fuel, which in turn increases fuel consumption and emissions.

For example, at the opposite end of the WLTP: NEDC-correlated ratio spectrum, a certain 130 HP diesel engine from a French manufacturer has a ratio of 1.33-1.37 dependent on the model. This engine has low NEDC-correlated emissions of 108g/km but this rises up to 148g/km under WLTP test conditions as the engine is pushed far harder. It is one of a few examples of an engine that has been developed to produce low emissions and for which we already have WLTP and NEDC-correlated emissions figures. Paradoxically, these efficient models will all be rather heavily penalised compared to today if tax regimes adopt WLTP emissions figures.

Autovista Group has previously reported that WLTP CO2 emissions figures are averaging 25% higher than NEDC-correlated values and the latest data reveal that the average discrepancy between the WLTP and NEDC-correlated figures now stands at 22%. In fact, the ratio ranges from 0.94 to 1.37 (i.e. -6% to +37%) at the moment and will invariably widen further as data for more models is released. The deviation varies between cars because the WLTP test cycle has a different energy demand to NEDC, and vehicles respond differently to the test requirements. The comparison of WLTP and NEDC-correlated emissions figures for models homologated under the WLTP system since September 2017 is reliable as it naturally excludes any changes that may have been made to vehicles in order to prepare them for the WLTP test cycle. 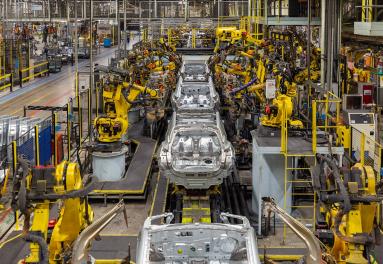