In the last of our residual values series, Anna Gutierrez, head of production, Car To Market & Consulting, and Ralf Salzbach, senior project manager, Consulting, consider the importance of sales planning.

When predicting the prospective residual value (RV) performance of a newly launched vehicle, experts base their analyses on historical and current data and statistical models, alongside detailed examination of the characteristics of the car itself and the OEMs’ strategy for successful residual management. One of the crucial elements impacting RVs is the sales planning of the new model. An inappropriate plan will create over-supply in the used-car market, negatively influencing the RV price formation.

When deciding the sales target for the new model, OEMs should consider the most likely demand of the future used car for successful RVs. A proper sales plan is crucial for achieving balanced used-car market supply and demand in terms of quality and quantity.

Turnover plans that consider only the current new-car market are not necessarily in line with the future demand structure of the market for used cars. Market trends have to be projected into the future used-car market as a shrinking segment, for example, will have more impact on used-car demand than on new-car demand. If a manufacturer follows the current trend of a more differentiated segmentation without considering the cannibalisation effects within its own model range, the result would be new-car market risk that would be amplified in terms of the RVs in the future used-car market.

The behaviour of the predecessor model, rivals and the segment itself should be considered by OEMs when planning sales targets to eliminate potential changes in the segment and customers’ tastes, e.g. volume trends such as a transition from traditional hatchbacks to SUVs. In addition, there is a need to consider upcoming competitor launches, especially the introduction of new models with no predecessor on the market. This is typically for new, growing segments like the C-segment and especially the B-SUVs where not all OEMs are present, or where they may launch a second model.

Ambitious sales volume targets will force the brand to use RV-harmful actions such as aggressive cash discounts, leading to a serious risk of generating volume at any cost, which is clearly a disadvantage for firm RVs. Without realistic total sales volume planning the brand image could suffer persistently from poor RV performance.

Volume planning for the different channels (private, fleet and OEM/dealer registrations and rental) and demand for the used-car market, which mainly comes from private buyers, is important. Therefore, a strong presence of OEM and dealer self-registrations (demo cars), rentals as well as fleet and other corporate new-car sales channels can lead to a supply and demand imbalance for used cars. This is because the new model might be much in demand by short-term and corporate buyers but does not suit the requirements of the future private buyer.

Furthermore, daily rental deals are strongly incentive-driven and cash discounts have a direct impact on RVs. This means there is a high risk of young used cars being sold at low prices (compared to new cars) as competing volumes from different new-car purchasers are brought to the market simultaneously. This can initiate a downward price spiral, which harms RVs. Negative performance of other characteristics of the model such as aesthetics, equipment and fuel cost will also increase rental sales and future RVs.

However, sales channel mix varies by country, segment and vehicle type. The competitive environment needs always to be considered by OEMs when planning. For example, fleet sales are more likely to consider a traditional C-segment estate model as a company car than a B-segment SUV model, which is a more typical choice for private customers. As a consequence, even though a planned C-segment estate model’s private share is lower than a B-SUV’s, the RV impact can be the same for both models as the sales channel mix always has to be considered in the same context, that is to say, compared with the respective rivals on the used-car market (C-segment estates or B-SUVs).

In summary, appropriate new sales planning by OEMs is crucial for RV successful. Inadequate planning can have dire consequences in the used market: ambitious sales planning could lead to high incentive levels, high rental and OEMs registrations to achieve commercial targets, leading to a used-car market not ready to absorb such volumes, harming RVs.

You can read the rest of the residual value series articles by following the links below:

Part 2 - How does a car’s design influence its future residual value? 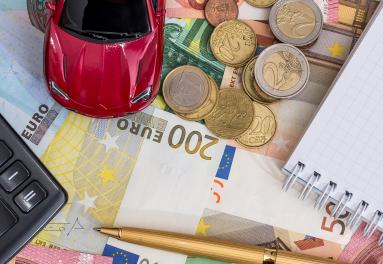