The UK suffered its worst September registrations since the country moved to a bi-annual plate change during the last month, as the industry shows little evidence of recovery from coronavirus (COVID-19) lockdowns.

The latest data provided by the Society of Motor Manufacturers and Traders (SMMT) revealed that registrations in the month were down by 4.4% compared to the previous year. A total of 328,041 passenger cars hit the roads during the month, abolishing hopes that buyers were waiting for the country’s September plate-change to release further pent-up demand caused by COVID-19.

According to the figures, the decline represents a 15.8% fall on the 10-year September average. Year-to-date, the UK’s registrations figures are down 33.2%, meaning a 615,000 unit shortfall.

While the UK usually sees a buoyant market in September, over the last few years, its figures for the month have struggled. Both 2018 and 2019 represented dramatic declines when compared to previous years, mainly due to regulatory changes surrounding the new Worldwide Harmonised Light-Vehicle Test Procedure (WLTP) coming into effect. This delayed vehicle certification and caused supply problems, especially amongst some of the country’s market-leading models. 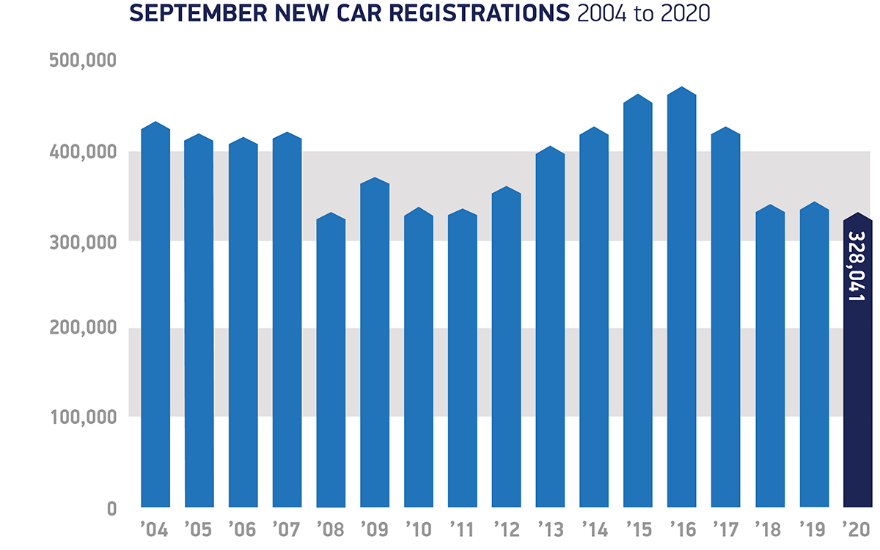 Private car registrations fell by 1.1% in the month, while demand from businesses was also muted, with around 10,000 cars joining fleets across the country, representing a 5.8% decline.

While new-vehicle demand in 2020 is likely to provide some anomalous figures that will not right themselves until the end of 2021, continuing trends are being seen in the fuel-type mix. Petrol still leads the market, with diesel in second, while sales of alternative-fuel vehicles made inroads into the share held by internal combustion engine (ICE) powered vehicles.

The diesel market suffered the most significant declines, with a share of just 16.8% year-to-date – from a peak of 49.8% just six years ago. Compared to the first nine months of last year, diesel has lost 8.9% of its market share.

Petrol too has suffered a decline in its dominance, although the 6.8% drop in market share still leaves it holding 57.9% of sales year-to-date. Major inroads have been made by battery-electric vehicles (BEVs), which currently have a 5.4% share of the market, representing 66,611 units. Plug-in hybrids (PHEVs) are performing well too, with a 3.4% market share year-to-date, especially impressive considering the UK government removed grants from the technology. September alone saw BEV sales increase 184.3% (21,903 units) while PHEVs grew 1386% (12,400 units).

‘During a torrid year, the automotive industry has demonstrated incredible resilience, but this is not a recovery,’ commented SMMT chief executive Mike Hawes. ‘Despite the boost of a new registration plate, new model introductions and attractive offers, this is still the poorest September since the two-plate system was introduced in 1999. Unless the pandemic is controlled and economy-wide consumer and business confidence rebuilt, the short-term future looks very challenging indeed.’

Although this year’s figures are skewed thanks to the COVID-19 lockdown measures that saw dealerships reopen in June, the UK market still faces continued pressure thanks to the uncertainty surrounding Brexit, and the push for low and zero-emission vehicles, which demands massive investment from the sector. Stalling fleet renewal across all powertrain options is also hampering efforts to meet climate change targets, which will lead to penalties for many carmakers, taking away from their overall profits as well.

Additionally, consumer and business confidence is threatened by the forthcoming end of the UK government’s furlough scheme, an expected rise in unemployment and continuing restrictions on society as a result of the pandemic.

The September decline means that Autovista Group’s overall expectation of a decline of 30% for the end of the year is held. The month, compared to August, did see a bounce in registrations, as expected, although the industry will find it hard to replace the lost volume of sales what are often some of the slower-performing months of the year. 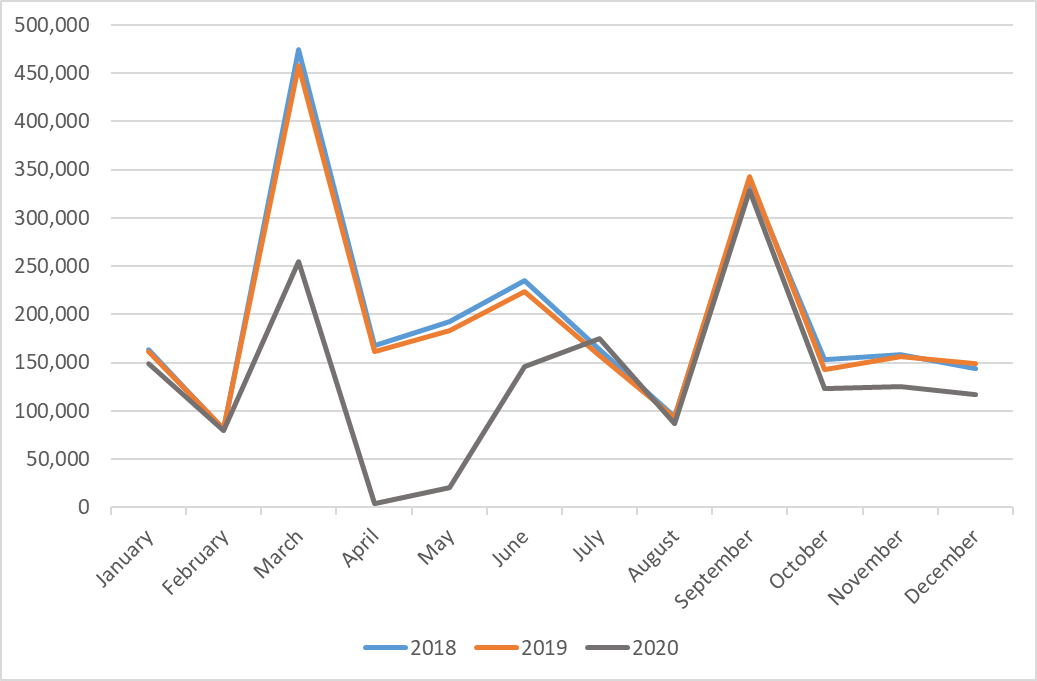 This is aligned with the SMMT, which has downgraded its outlook for 2020 to a 30% decline in registrations, ‘representing more than £21 billion (€22 billion) of lost sales.’ 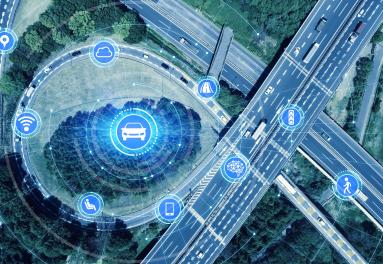