Survey results: The best area for manufacturers to collaborate revealed

Survey results: The best area for manufacturers to collaborate revealed

As vehicle manufacturers push development of mobility across a number of different technologies, the need to collaborate with a competitor becomes almost a necessity, sharing cost and halving time-to-market.

However, with so many different technologies currently being researched, Autovista Group wanted to know which one area manufacturers should concentrate on collaborations in order to ensure the best offer for consumers. Readers of the Daily News Brief voted in their droves across the six different options available. 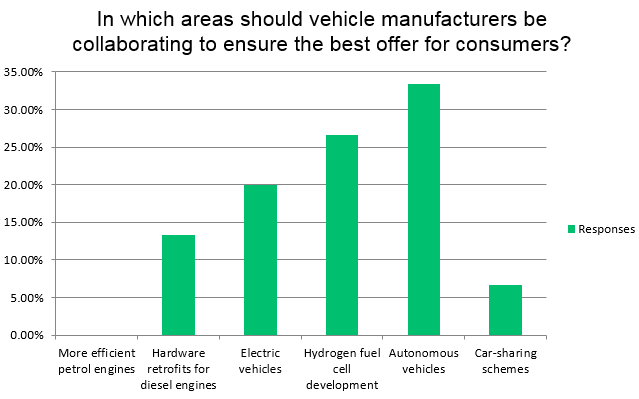 A third (33%) of respondents felt that developing autonomous vehicles should be the priority when it comes to carmakers working together. As driverless cars require more technology than most, with connectivity, sensors and computers working together to propel a vehicle without the input of the driver. Many manufacturers have partnerships with technology companies, but in order to bring the technology to roads quicker, collaboration may be key.

Second in the poll was the development of hydrogen fuel cell vehicles. 27% of those who answered suggested that this technology needs collaboration. It is interesting to note that the development of electric vehicles (EV) was third, with 20% of respondents. While EV technology is quite far advanced, it still required work, especially regarding range. This is not a problem for hydrogen, which is often seen as the best alternative to petrol and diesel but is much undeveloped at present. The responses to the survey suggest it is a fuel-type that may be preferred in future.

13% said that collaboration should be aimed at hardware retrofits for diesel vehicles, suggesting that the market for the fuel is far from dead and instead for the good of the consumer, manufacturers should poll resources to improve the emissions of cars already on the road. This would be a sensible move, as currently, the appetite for retrofitting is poor due to the costs involved. Working together would certainly bring down costs.

Finally, 7% of respondents said that car-share schemes should be the focus of collaboration. BMW and Daimler announced the highest profile partnership in 2018 so far with the announcement of a merger between DriveNow and car2go, to tackle the market position of Uber and the threat of Waymo.

No respondents felt that working together on more efficient petrol engines was an option, suggesting the fuel is fine as it is, although Mazda has recently unveiled its SkyActive-X engine, with the efficiency of a diesel and the environmental credentials of a petrol unit. 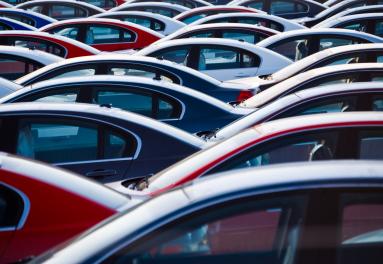