Small battery electric vehicles (BEVs) are struggling to compete in terms of total cost of ownership (TCO) against their internal combustion engine (ICE) equivalents. This is jeopardising the future of small cars as they need to be electrified to meet emissions targets.

Battery costs are still too high to be absorbed at the lower price point of smaller cars and therefore small BEVs cannot offer buyers a competitive TCO, even before any discounting of petrol and diesel counterparts is applied. As an example, Autovista reviews the TCO performance of the Renault ZOE in Germany compared to its ICE counterparts.

Consequently, small electric cars are struggling to gain traction in the market as consumers also contend with reliable access to charging points. The irony is that small cars will need to rely heavily on ICE engines for the foreseeable future and will therefore increase the average fleet emissions of brands if/when consumers of larger cars go electric.

Larger BEVs such as the VW e-Golf can offer a competitive TCO in Germany, albeit only if discounts for petrol and diesel variants of the Golf are not factored in. Nevertheless, battery costs and, in turn, prices and TCO need to come down for BEVs to gain widespread appeal.

The future of small BEVs is certainly challenging for carmakers, as evidenced by Smart’s withdrawal of the brand’s electric range from Canada and the US.

Moreover, carmakers may be forced to rationalise their whole small car portfolio as they seek to meet increasingly stringent emissions targets. The Financial Times recently even wrote about ‘an unintended consequence of the EU’s 2030 emissions targets being the death of the small car.’

One solution may be simply to reduce costs of small BEVs in an effort to boost demand and therefore lower battery costs through greater economies of scale. However, this will further erode carmakers’ profits at a time they are investing heavily in electric and autonomous technology.

Ralf Sulzbach, Senior Project Manager, Consulting, at Autovista Group, comments that ‘Another solution to reduce small BEV list prices could be to reduce battery size and range. 100km real range should be enough when driving only in the city but enough charging stations would be needed on the roads as well as parking spaces with chargers at work.’

The only other alternative for carmakers is to pay the fines for not meeting the emissions targets.

Volkswagen Group CEO Herbert Diess has also warned about the higher costs of small electric vehicles. Automotive News Europe reports that, speaking at the Detroit motor Show in January, Diess said ‘the retail price of a VW Up minicar could rise in price by about €3,500 to €14,500 to be compliant with the 2030 emissions target. The price for the small Polo model could rise by €4,000.’ Diess added that ‘I am not sure how many customers could still afford our entry level models. Those models are really under threat.’ he said.

Autovista Group has collated TCO data from its Car Cost Expert solution on the Renault ZOE BEV in Germany and its closest ICE equivalents in terms of price, trim level and power output. TCO is broken down into acquisition costs[1] and utilisation costs, the latter consisting of insurance and fuel costs, utilisation taxes and costs for servicing, tyres and general wear.

The Renault ZOE cannot compete in TCO terms against either the TCe90 petrol or dCi90 diesel variants of the French brand’s B-segment contender, the Clio. Although the utilisation costs of the ZOE are over €1700 lower than for the petrol Clio TCe90 and more than €1300 lower than for the diesel Clio dCi90, acquisition costs are €10,000 and €8,000 higher respectively. In order to offer a competitive TCO after 36 months and 45,000km, the ZOE would need to be discounted by 20%. This, however, does not factor in discounts that buyers could also negotiate on the petrol and diesel Clio models.

This means that the acquisition costs for the ZOE essentially need to be halved in order for it to offer a competitive TCO. The best way to achieve this of course is to significantly reduce the battery costs.

Although battery costs are lowering, this presents a major issue for carmakers as they seek to reduce their average emissions.

Bloomberg reports that ‘the average selling price for batteries at the end of last year was close to $180 per kilowatt hours.’ This suggests that the battery costs for the 41kwh ZOE amount to $7380 (€6615). Even if this was halved and the €3300 cost saving passed on to the consumer through lower list prices, the ZOE would still have a TCO that is over €5000 higher than for the petrol Clio and over €3500 higher than the diesel.

The Renault ZOE has been compared against the 1.5 litre Clio dCi90 diesel and the 0.9 litre Clio TCe90 petrol variants of the Clio as they both offer 90 horsepower respectively. They are both slightly less powerful than the 92 horsepower ZOE and accelerate slower to 100km/h. Despite the gearless nature of the ZOE, manual variants of the Clio have been selected as manuals are more popular than automatic transmissions in this segment. As a case in point, the Clio TCe90 is not available with an automatic option and even the automatic variant of the Clio dCi90 has a TCO that is €2000 lower than the ZOE.

Finally, the zero-emission ZOE naturally has far greener credentials given the CO2 emissions of 85g/km and 105g/km for the diesel and petrol Clio respectively.

For more information or a demonstration on Car Cost Expert, click here. 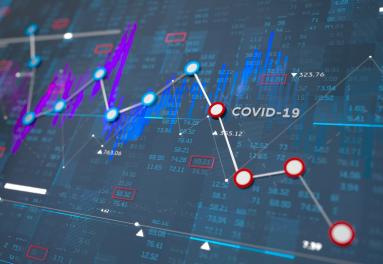 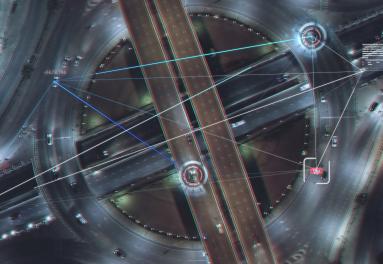