This year’s Mondial de l’auto in Paris allowed manufacturers to further present not just their new vehicles, but new technologies to the general public, as the industry continues its development away from petrol and diesel engines towards cleaner technologies. 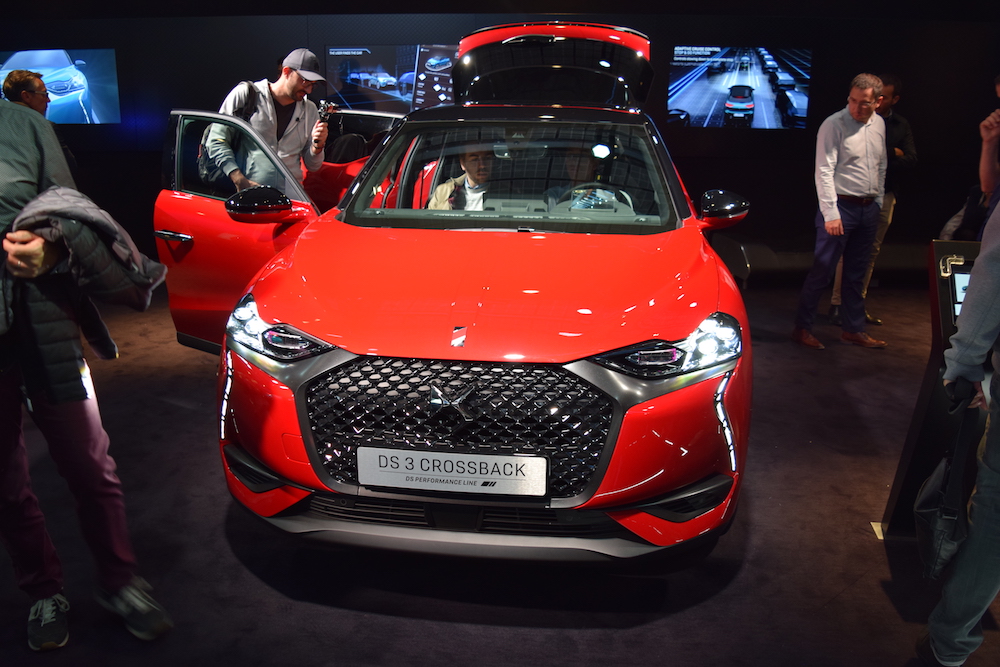 DS Automobiles, a brand spun out of Citroen and owned by PSA Group, used its home show to unveil a second SUV model to its line-up. The DS3 Crossback takes the brand’s existing supermini model and bulks it up, adding rear doors and a longer body. The model will be built on PSA’s Common Modular Platform (CMP), which will also feature on the new Peugeot 208 and the upcoming Vauxhall Corsa. It will feature three petrol engine variants and a diesel option as well.

The company will also be debuting an electric SUV, the E-Tense, before the end of 2018, giving the marque its first EV. This will come with a 100kW electric motor and a 50kW battery, claiming a range of around 200 miles. It will be fast-charge compatible with 80% in 30 minutes. 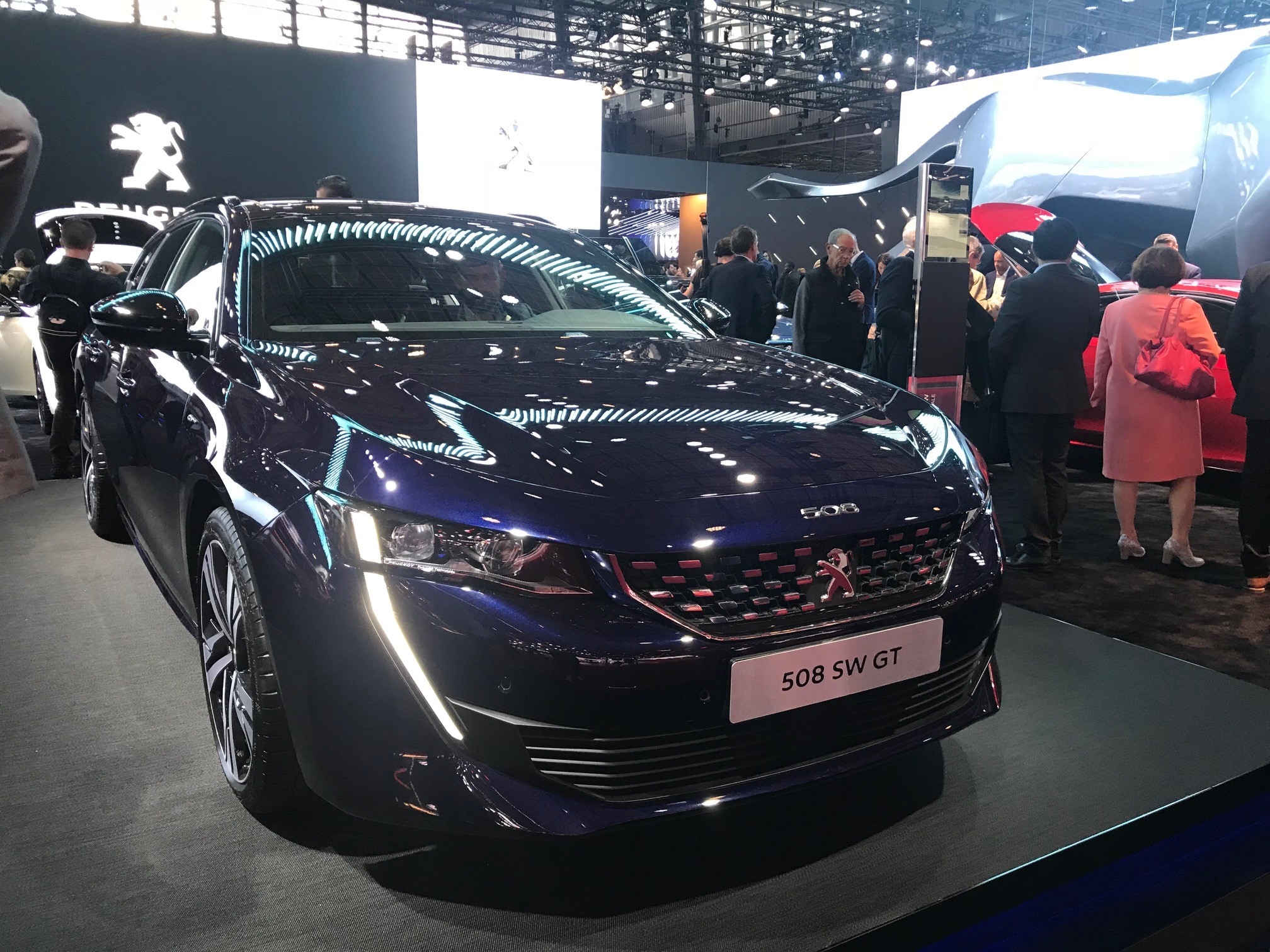 Stablemate Peugeot was not going for subtlety on its stand with a giant fibreglass lion taking centre stage. The company had divided its floor area into a space for new vehicles, and one to display its latest technology. The company was also showing the new 508 Sportwagon, an estate version of its saloon vehicle, and even had a plug-in hybrid (PHEV) model on display, although this will launch properly in 2019.

Peugeot also had a concept car and has become the latest to look for retro styling in its idea of the future. The e-Legend took design cues from the old 504 and looking less like some of the more radical concept cars sported by manufacturers; the company said it believes the vehicle could even go on sale, although not before 2020. It blends the older styling with some modern design cues and includes an electric drivetrain and some autonomous elements. 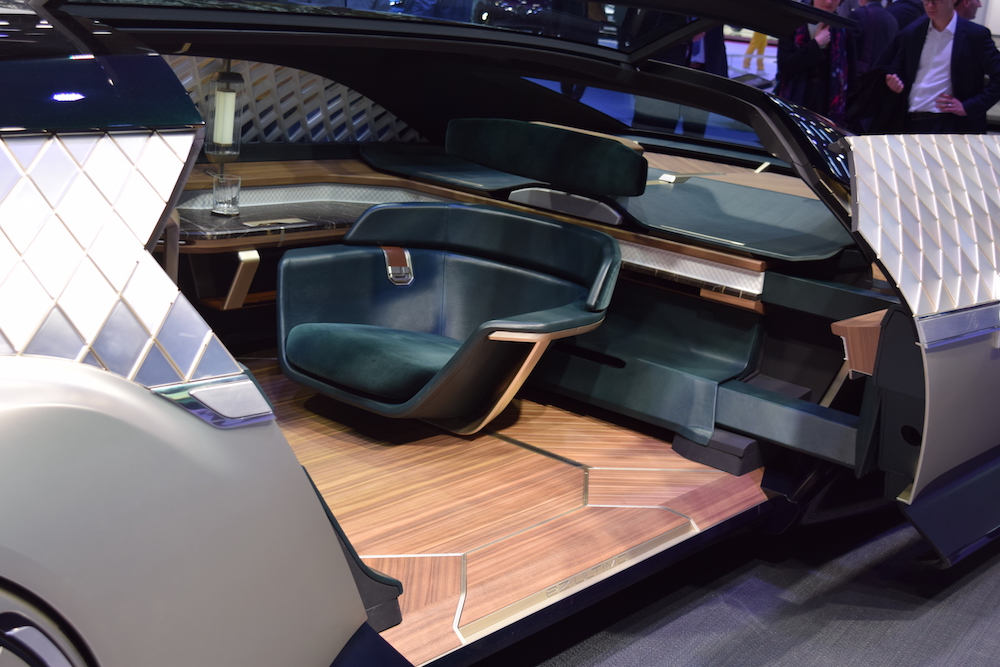 Renault used Paris to show its vision of the future, with not one, but three concept vehicles. Its newest, the EZ-Ultimo, a showcase for how luxury autonomous vehicles could look. Renault believes that this vehicle would not be owned by a single user but rather a business that would chauffeur guests from A-B. The interior is designed to be a lounge, with seating for three people including a large, backwards-facing armchair. The floor of the cabin is made of walnut, while surfaces are marble.

This was joined by the EZ-Pro, a van concept that the company was also using as a food bar on its vast stand. This would be an autonomous van designed to make multiple drops in cities. The EZ-Go is a larger, more accessible autonomous vehicle for use in a mass-transport system.

Dotted around Renault’s stand were various classic examples of vehicles, including the first car the company ever built, to pay homage to its 120th anniversary. 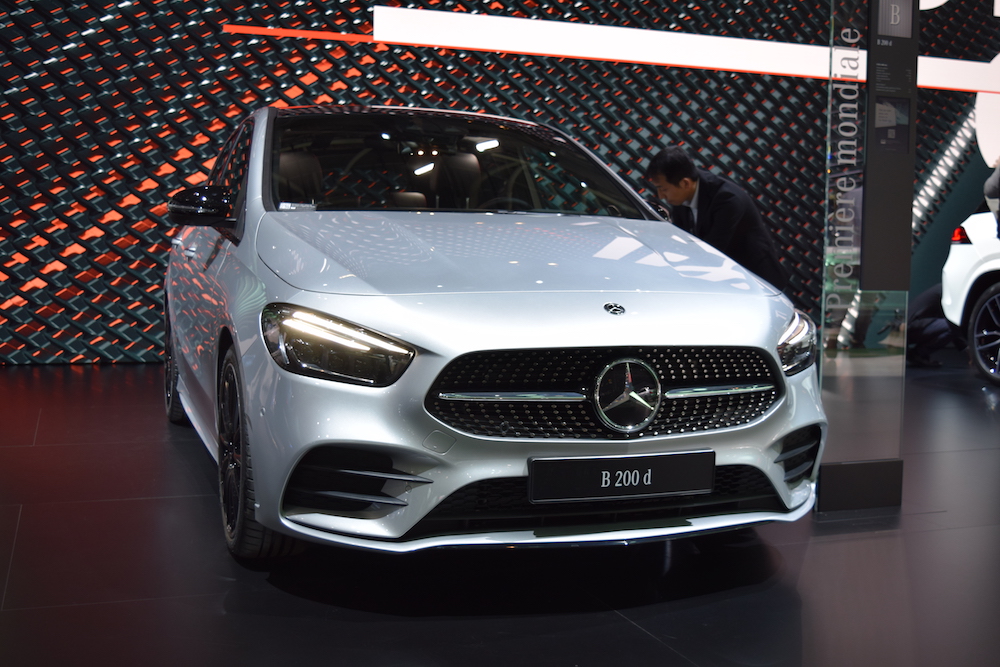 Mercedes-Benz arrived with a new version of its B-Class. Traditionally the company’s poorest performing model, the new models are built on the same platform as the A-Class but are ‘beefed up’, with longer and taller bodywork providing more interior space. Classed as an MPV but looking more like a conventional car, it confirms the brand’s commitment to the segment when others are moving away. Mercedes plans a set of sliding middle-row seats by 2019 and will be launched with a range of five engines, two petrol and five diesel.

At the back of the stand was perhaps the company’s most important car, the EQC, more of which can be read about here. Next to this was the company’s latest concept, the Silver Arrows Vision One. The sleek and slender bodywork is built on top of an EQ electric powertrain and looks much like the company’s W196 Aero Formula 1 car of 1955, the only covered-wheel car to enter the championship. 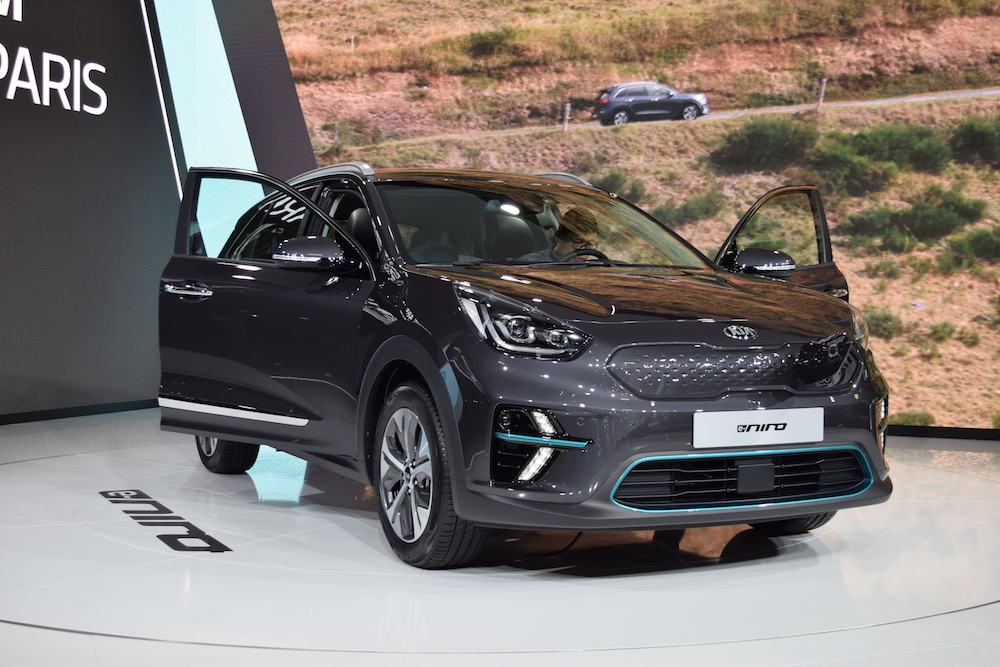 Korean brand Kia unveiled the new Proceed, a shooting brake model sitting between the Ceed and the Ceed Sportwagon. The company also had the new Ceed GT on display, a much-expected model following in the footsteps of sister-company Hyundai’s i20N. Kia was also making much of its electric range, with a large area of the stand dedicated to the eNiro model, a small, pure-electric city car. 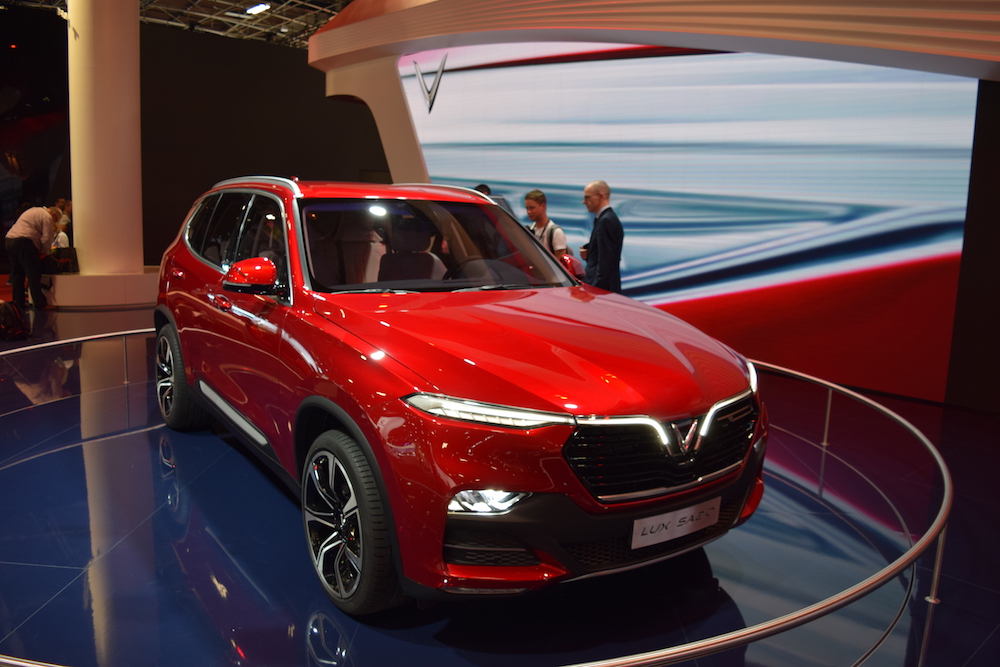 Finally, one newcomer to the show, and the global automotive market, was Vinfast. The company is Vietnam’s first global car brand and debuted two models, the LUX A2.0 saloon and the LUX SA2.0 SUV. Both cars had contemporary looks and featured 2.0-litre petrol engines. All cars will also get an eight-speed automatic gearbox, built by German company ZF. 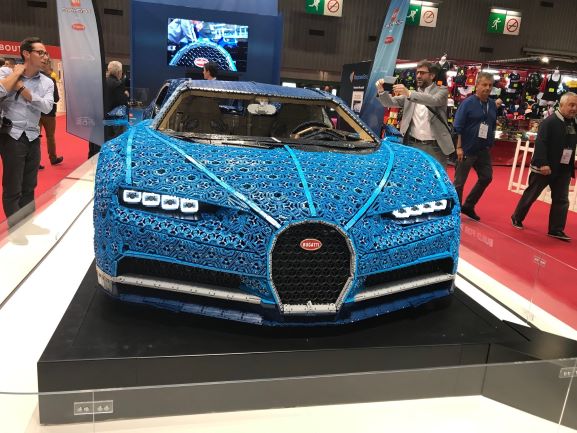 There was also a bit of novelty at the Paris show, perhaps making up for the lack of manufacturers committing to the event. Lego bought along its full-size Bugatti Chiron, while some classic cars were also on display, including one built in 1899, which held the record for the fastest car at the time, achieving 105kmh. This was particularly impressive, as it used two electric motors, highlighting that while the technology is growing today, it has been achieving results for over a century.