Buoyed by incentive schemes and what looked to be a return to some kind of normalcy, September’s results did appear promising, bucking the previous month-on-month declines. However, this hopeful spike has been followed up by Germany’s ninth month of declining registration figures this year, as revealed by the country’s automotive authority Kraftfahrt-Bundesamt (KBA). 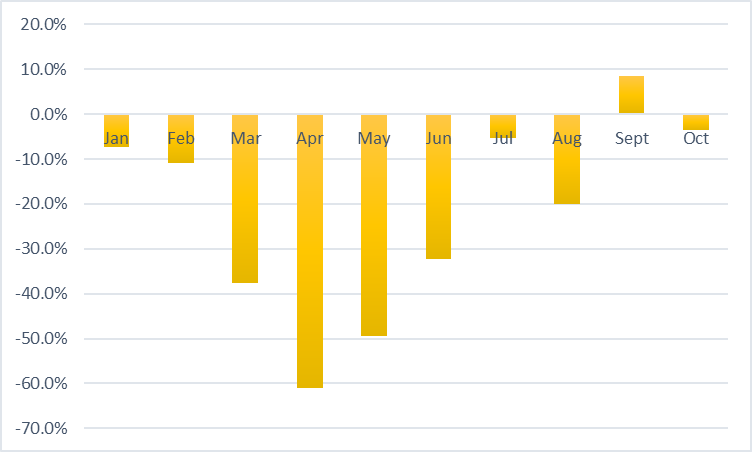 Battle of the brands

As the automotive industry fights battles on multiple fronts against coronavirus (COVID-19), tightening regulations, and new technologies, the German government is considering a €2 billion aid package for the sector. With the money slated to help carmakers and industry suppliers make the switch to greener engines and automated driving, this money could help the industry during a troubled transition.