The UK capital city of London has introduced the T-Charge, a daily congestion fee for the oldest and most polluting vehicles on the country’s roads.

The £10 (€11.22) fee applies to both petrol and diesel vehicles which do not meet Euro 4 regulations, meaning those registered before 2006 will have to pay the extra fee on top of the existing £11.50 (€12.90) congestion charge to enter the city. The new charge will apply between 7am and 6pm every weekday. The charge has been introduced by London Mayor Sadiq Khan, often an outspoken critic of pollution, especially from diesel engines.

‘As mayor I am determined to take urgent action to help clean up London's lethal air. The shameful scale of the public health crisis London faces, with thousands of premature deaths caused by air pollution, must be addressed,’ Khan said in a statement. ‘Today marks a major milestone in this journey with the introduction of the T-Charge to encourage motorists to ditch polluting, harmful vehicles.

‘This is the time to stand up and join the battle to clear the toxic air we are forced to breathe. I am transforming our bus fleet, getting rid of the oldest polluting taxis and creating healthier streets that will leave a lasting legacy for our children.’

According to the Mayor’s office, up to 34,000 polluting vehicles every month could be liable for the T-Charge, which affects those that do not meet the Euro 4 standards for both particulate matter and nitrogen oxide (NOx) emissions. Since 1st January 2017 these polluting vehicles have made around 2.6 million trips within the zone, contributing to London’s toxic air.

The UK government is currently looking at ways of combatting high levels of air pollution in cities, and has already announced that from 2040, the country will ban the sale of new petrol and diesel vehicles without some form of electrification. London will also see the introduction of electric black cabs in 2018, with older models being traded in as part of a scrappage scheme.

Meanwhile, the government is boosting its push to promote electric vehicles with a new draft law requiring fuel retailers around the country to install more charging points. The move is part of the Automated and Electric Vehicles Bill, which was published last week and is scheduled to be debated in parliament.

The move will obligate fuel retailers to add electric vehicle (EV) charging points to the current network of over 11,500 locations already in the country as it prepares for an electric future. The bill will also look at requiring drivers of automated vehicles to be insured and give victims of collisions involving a driverless car access to compensation.

The country is planning to spend £1 billion (€1.1 billion) to promote electric and low-emission vehicles and will step up spending on research and innovation, as part of plans to invest a total sum of £2.5 billion (€2.8 billion) on meeting its climate change targets. 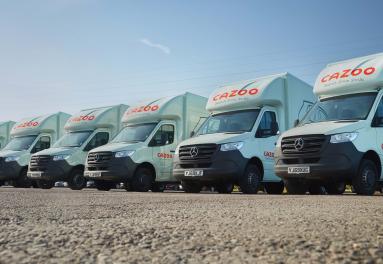