The GLA is a well-established name for Mercedes-Benz, and the second-generation model (H247) has a more defined SUV shape than its predecessor. The new car is taller, slightly broader, and has a longer wheelbase, providing a more SUV-like entry and seating position as well as very good headroom and improved interior space.

The model has not grown in length overall but is still the longest of its premium competitors and is more easily differentiated from the A-Class. Its design is also strong enough to differentiate it from the GLB.

The new GLA has adopted the technologies introduced in the latest A-Class and, as a result, is the newest and most up-to-date crossover in the segment. Compared to its direct competitors, the GLA’s fuel consumption is rather low, with similar figures to less powerful engines offered on competitor models, and a petrol plug-in hybrid (PHEV) drivetrain has been added. However, the petrol and diesel engines are currently only offered with automatic transmission and so entry prices are comparatively high.

Click here or on the image below to read Autovista Group’s benchmarking of the Mercedes-Benz GLA in France, Germany, Italy, Spain and the UK. 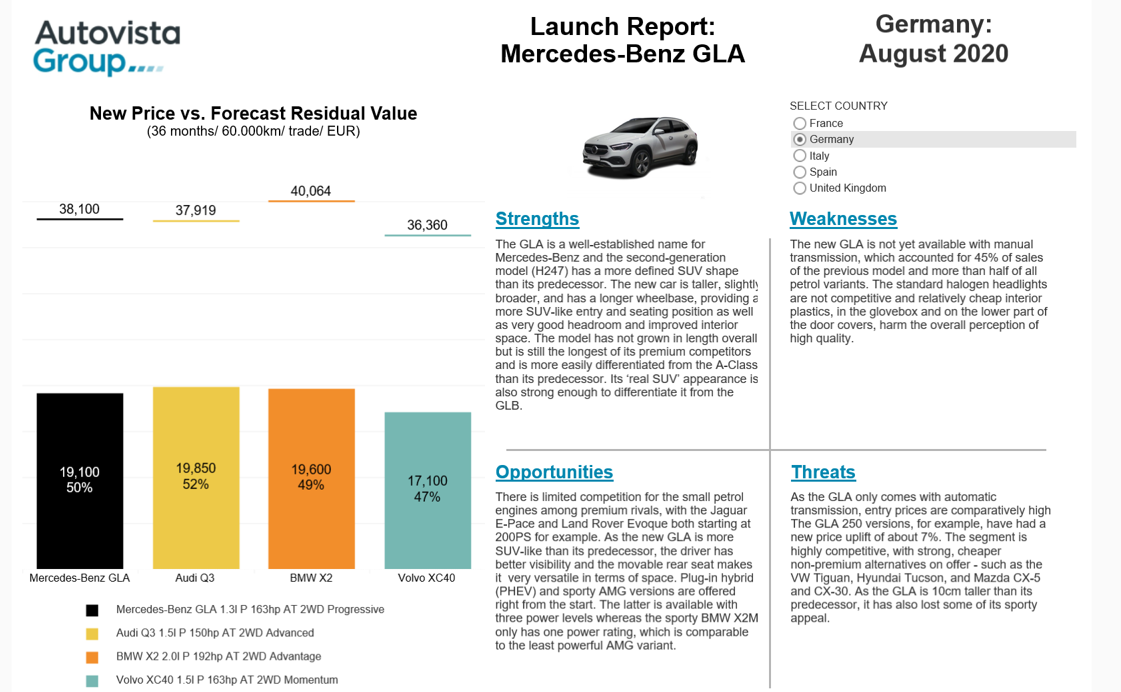