The e-Tron SUV was the first car to bring Audi’s excellent build quality and comfort to the all-electric car arena. The brand has now added the Sportback version, enhancing the expressive and distinctive design of the standard e-Tron with a sporty and dynamic look. The modern interior hosts technological and futuristic features, with extended lines integrating a 12.3-inch virtual cockpit and an instrument panel with two touchscreens.

One of the car’s main strengths is that it is capable of charging via a 150kW charge point, which means that it can recover up to 80% of its range in around 40 minutes. It also has the quickest fast-charging time among rivals, including the Tesla Model X.

The list prices of the e-Tron Sportback are similar to the Tesla Model X and are higher than those of the Jaguar I-Pace and Mercedes EQC. Furthermore, most premium battery-electric vehicles, including the Audi e-Tron Sportback, are not eligible for the new government incentives in Spain. Similarly, the e-Tron Sportback 55 does not qualify for the increased €9,000 subsidy for low-emission cars in Germany - unlike Daimler’s new EQC model.

However, demand for the e-Tron has been strong, and the Sportback variant will likely prove to be even more popular as it is the better looking of the two siblings. SUV coupes are increasingly trendy but remain rare on the used-car market and are still limited to premium OEMs, meaning residual values are strong and even higher than for normal SUVs.

Click here or on the image below to read Autovista Group’s benchmarking of the Audi e-Tron Sportback in France, Germany, Spain and the UK. 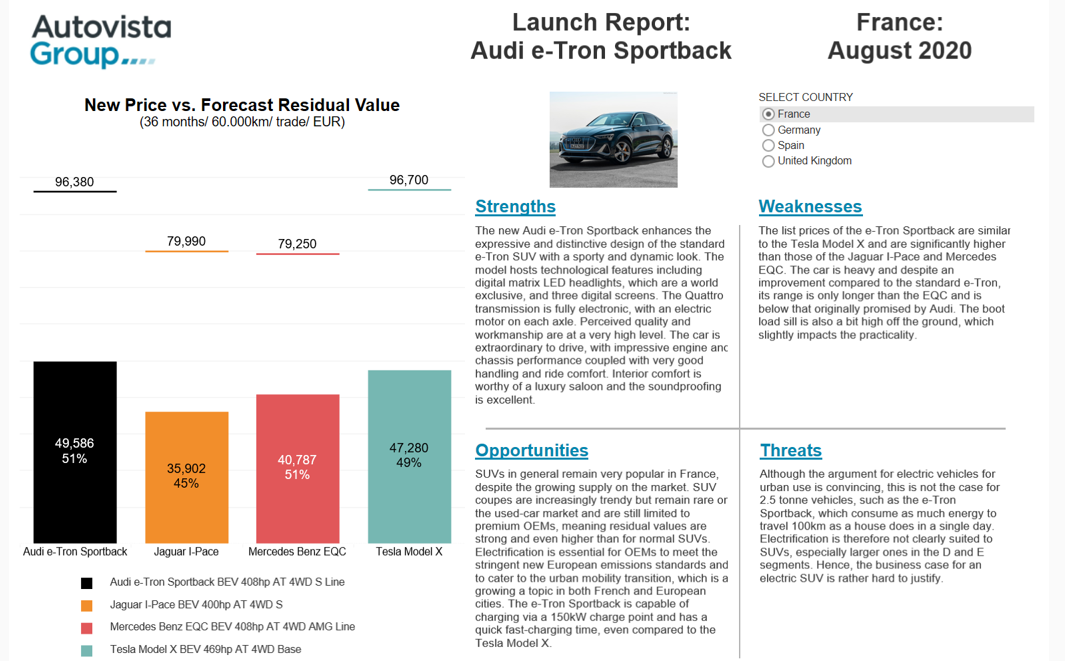 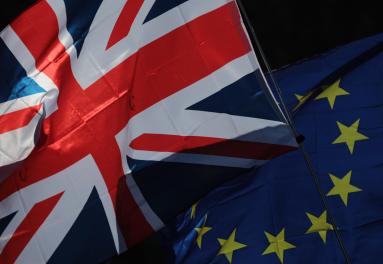