As the EU5 new car markets have recovered in recent years, used car supply has increased. The downside of this situation, however, is that it exerts pressure on residual values. This will be compounded if used car demand weakens. Autovista Group’s Q1 2018 residual value outlook forecasts that in the EU5, values will only strengthen in France and Italy in 2018 and 2019. Market reaction to diesel cars is another factor: petrol, hybrid and electric cars are broadly expected to perform better.

New car registrations in Germany increased by 2.7% in 2017. At 3.4m units, demand was at its highest level since 2009 and 9% higher than the 2007 pre-crisis level. Although new car demand growth has slowed, it outpaced the used car market, which contracted by 1.4% in 2017. Until this point, the used car market had risen every year from 2010-2016, except for a minimal contraction in 2013. The strength of the new car market, and especially fleet sales, in recent years, has created an oversupply of young used diesels. As they are clearly out of favour, this undoubtedly contributed to the contraction of the used car market in 2017. In terms of the ratio of used car sales to new registrations, it had already fallen from 2.3: 1 in 2014 and 2015 to 2.2: 1 in 2016 and this declined further to 2.1: 1 in 2017.

Residual values stabilised in 2017 due to the slowdown in used car demand and the increasing supply in line with the recovery of the new car market since 2014. The exception was the SUV segment, where models retained an even higher percentage of their value in 2017. There is clearly downward pressure on residual values going forward given the increased oversupply to the used car market. This is especially true for diesels, which had already seen the residual value gap between them and their petrol counterparts narrow to 4 pp (percentage points) compared to the difference of 6pp when the emissions scandal first broke in September 2015.

Overall, residual values are forecast to fall slightly in both the 12 and 36-month scenarios although petrol values are expected to remain stable. There is already a shift from diesel to petrol among private consumers, both for new and used cars. Despite the price advantage of diesel at the pumps and robust economic indicators, the heightened threat of diesel driving bans after the court ruling on 27 February will further deter potential buyers. Consequently, the current expectation is that diesel residual values will decrease by about 1% in 2018 and 2019.

Alternative powertrains will continue to play a minor role as they still suffer from high list prices but their acceptance will grow. In order to increase market share, electric vehicles must offer a higher range, and there must also be a better infrastructure as well as a more attractive product offer. The German Government should also introduce further measures to entice EV buyers as the current ‘electric-bonus’ is insufficient. In 2018 and 2019, values for hybrid and electric cars will be broadly stable, but when the price-performance ratio is improved, demand for both new and used cars with alternative powertrains will grow.

Spain’s new car market continues to recover as the economy improves, having experienced a low of just 700,000 registrations in 2012. After three consecutive years of double-digit growth, market expansion slowed to 7.7% in 2017. This was in part due to the end of the Programa de Incentivos al Vehículo Eficiente (PIVE) in 2016. However, at 1.2 million new car registrations in 2017, the market still remains below its pre-financial crisis peak of around 1.6 million units in 2006-2007. Significant pent-up demand, in conjunction with healthy economic growth, should continue to bolster demand for the foreseeable future.

Just under 57% of new cars sold in Spain in 2016 were diesels. This already represented a significant decline from previous years: diesel represented over 70% of registrations at the start of the decade. In 2017, the diesel share slumped further to 48%. This is the first time the diesel share in Spain has fallen below 50% in a year since 1998.

Spain’s used car sales have risen steadily since the post-financial crisis low in 2012. Growth accelerated still further in 2017, with a year-on-year rise of 11.9% to 2.8 million cars. While Spain has historically had the lowest level of both new and used car sales of any of the Big 5 European markets, the ratio of used to new car sales is in line. This ratio increased from 2.2:1 in 2016 to 2.3:1 in 2017.

Residual values in Spain have been riding high for several years, as the weak supply of recent years struggled to satisfy the recovery in used car demand. However, with the rapid growth in the new car market since 2015, used car supplies are now catching up. Given this, 2018 and 2019 are set to be years of stability as far as residual values are concerned. The move away from diesel is reflected in the used car market too, with a negative impact on residual values of 2.2% and 3.2% expected in 2018 and 2019 respectively. Petrol residual values are forecast to benefit, gaining 1.5% in 2018 and a further 2.0% in 2019, but the strongest rises will be for alternative fuel vehicles.

Residual value performance has been strongest at the lower end of the market, which is dominated by petrol-driven cars. The larger segments and even SUVs, where diesel is more prevalent, have struggled in comparison. Residual values for SUVs are already positioned at a very high level, and so we are conservative about the outlook. New entrants in the segment are also bringing the average model age down further which will potentially limit growth.

The residual value outlook for France is the healthiest among the EU5, with growth of over 1% forecast for both 12 and 36-month-old cars in 2018 and 2019. However, diesel is clearly subject to several difficulties in the French market regarding both taxation and public perception and will be further impacted by higher taxes on diesel fuel itself. Residual values are therefore forecast to remain stable in both the 12 and 36-month scenarios in 2018 and 2019 whereas petrol values will continue to rise, albeit at a slower rate than in recent years. We expect PHEVs to develop well, boosted by new model launches and increasing acceptance but values of standard hybrids will remain stable.

New car registrations rose by 7.9% in Italy in 2017 – the highest rate of growth in the EU5 new car markets. Coming on the back of a series of strong annual increases, questions were being raised as to whether this growth would be sustainable but the economic situation has improved in Italy. GDP has increased for ten consecutive quarters, and the unemployment rate is at its lowest level since mid-2012. However, sales of less than 2 million new cars still falls far short of the record 2.5 million new car registrations achieved in 2007, and so there is undoubtedly still significant pent-up demand and, in turn, upward potential.

In contrast to virtually all other European markets, the diesel share of Italy’s new car market increased every year from 2012-2016, with some 57% of new cars sold in 2016 powered by diesel. The diesel share did retreat in 2017, albeit only slightly to 56.5%, as alternative fuel vehicles continue to enjoy double-digit growth.

Average residual values fell in all segments in Italy in 2016, but this low starting point and the improved economic situation has since resulted in the positive development of residual values. Used car demand is expected to be resilient over the next three years. The weakness in used car supply due to the comparatively low level of new car registrations is expected to have a positive effect on values. Overall, values are forecast to gain about 1% in both 2018 and 2019.

The residual values of diesel cars do face mounting pressure, but diesel is still far from being demonised in Italy to the same extent as it is in the other major European markets. Nevertheless, petrol powered cars are expected to outperform diesels mainly because of possible stricter emissions and urban access regulations. Improvements in petrol engine technology also help as this will drive down fuel consumption and make petrol cars a more attractive option. The residual value gap between diesel and petrol is therefore expected to reduce.

Hybrid and electric cars are expected to gain more in value than petrol and diesel cars in the years to come. This is largely attributable to the increasing product offering and changing requirements for lower consumption and emissions, which are supported by improving technology. A further boost to the values of hybrids and EVs is expected to come from potential tariffs on petrol and diesel cars. We expect a bigger premium for plug-ins than standard hybrids, but at a market level, these two variants will follow a similar trend.

A correction in the UK new car market was widely forecast, regardless of any Brexit-related impact, and this materialised with new car registrations declining by 5.7% in 2017. Nevertheless, with over 2.5 million new cars registered, this is still firmly ahead of pre-crisis levels. Diesels accounted for just under 48% of new car registrations in 2016, in line with the proportion seen in 2015, but their market share fell to 42% in 2017 and has been below 40% every month since October. The last year in which the diesel share in the UK was below 40% was 2006.

However, the sustained increases in registrations of new cars in recent years have caused sizeable overcapacity in the used car market. Coupled with large volumes of used car returns, major discounting and attractive financing packages on new cars have been major factors in pushing down residual values.

Based on the assumption that underlying inflation will be the same for new car list prices and used values, the 1-4-year-old car parc in the UK will continue to increase based on historic new car volumes until at least 2019. We expect new car volumes to drop again throughout 2018 in part as a result of expected new car price increases as a result of the weakening of the pound and a reduction in manufacturer new car support. However, this should slightly ease the pressure on nearly new values in 2018 onwards.

Residual values of 36-month-old cars are forecast to fall by 1% in both 2018 and 2019 although we predict stability in values of 12-month-old cars as the deterioration in new car demand limits supply. Both petrol and diesel values are forecast to perform in this way. Although the sharp decline in new diesel sales will reduce supply, demand in the used car market remains robust. Used diesel transactions increased by 3.3% in 2017 compared to a 14.7% decline in registrations of new diesels.

As electric vehicles benefit from increasing acceptance and supply remains constrained, their values are expected to hold steady in both the 12 month and 36-month scenarios. With regards to both standard and plug-in hybrids, we predict a slight difference in the development of the 12 and 36-month values because of improvements in the technology. 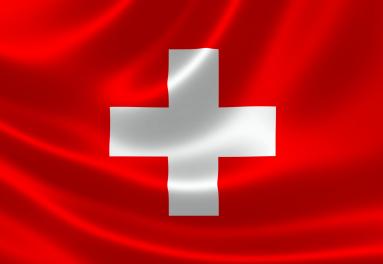 What will the new car year bring to Switzerland?