How do hybrid vehicles deliver against the key metric of TCO?

Hybrids have long been seen as the bridge between old and new technologies, as drivers move from internal combustion engines (ICE) to battery-electric vehicles (BEVs). The plug-in hybrid (PHEV) has filled this requirement, giving drivers the experience of pure-electric driving and charging, while retaining the ICE for long-distance driving.

More manufacturers are waking up to the benefits of PHEVs, and their ability to pacify consumers who do not want to give up the convenience of an ICE but like the benefits of BEVs. The fact they also contribute to lowering average fleet emissions is another area that carmakers are keen to make use of.

However, combining ICE and BEV into one means PHEV planning has to focus on Total Cost of Ownership (TCO). There are two ‘fuel’ systems, two complex powertrains and aftercare can be more expensive.

In our fourth and final article, Autovista Group highlights the importance of TCO with a look at the nominees in the Hybrid category for the TCO Awards 2020. 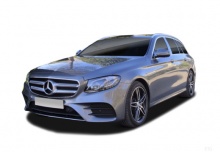 With the E-Class, Mercedes reignites a trend that many people thought would come to an end: the use of diesel in hybrid technology. The main challenge for diesel hybrids used to be that the engine was more expensive and heavier than the petrol version, in combination with the additional cost of plug-in technology. On the other hand, the combination of diesel for long-distance driving and electric for short distances, with a range of around 50km according to Worldwide Harmonised Light-Vehicle Test Procedure (WLTP) figures.

The E -Class is a rear-wheel-drive vehicle. Residual values are strong for PHEVs in most markets and the entry price for the E300 PHEV in the T-version (>300hp of system power) is around €58,000 (Germany), only very slightly more than what you would pay for the E300 petrol, which offers slightly lower power output. Official consumption is published at 1.5l/100km based on New European Drive Cycle (NEDC) figures. 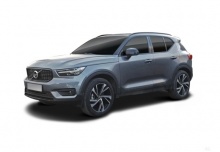 Volvo is serious about electrification and now offers all of its best-selling SUVs as PHEVs. Prices open at slightly below €50,000 for the XC40. If you look for 262hp in an XC40 and you don’t want to own a PHEV, you would have to choose a T5 all-wheel drive (AWD), which commands a similar price and offers four-wheel-drive instead of front-wheel-drive for the PHEV. However, you would miss the 56km of WLTP zero-emissions range. The XC60 T8 PHEV comes with AWD, system power of almost 400hp, and starts at around €70,000. You can get the T6 version for €68,000 but would miss out on 50hp.

The ICE variant these two models are competing with is priced at €65,000 (300hp). The XC90 rounds off the portfolio and starts at €77,000 for the same power output as the XC60. The comparable petrol mild-hybrid variant is priced at the same level, so there is little reason not to go for the PHEV when looking for a high-powered XC90. Volvo also makes an effort to bring TCO-based arguments into their sales processes, for example, in dealer training. This is crucial in explaining the price uplift for a PHEV vs petrol (or diesel). 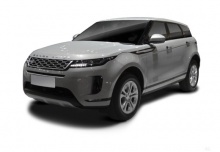 The Evoque has been an ongoing success. The new version continues to be an iconic crossover in the segment. Logically, the Evoque is now available as a petrol PHEV, with AWD. CO2 emissions are 32 g/km, and it offers an electric range of up to 66km (WLTP). Prices start at around €51,000, but purchasers will likely spend more.

The R-Dynamic HSE variant starts at €76,000, with combined power pretty stiff at above 300hp. The Evoque PHEV is a powerful addition to the ever-growing Evoque line-up. The price is right if you consider the petrol Evoque alternative P300 AWD AUT, with similar performance, is priced around €2,000 more than the PHEV. 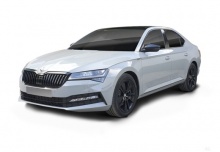 The Superb was a success right from the get-go, and the Superb IV is a worthy addition to the brand portfolio targeted at company-car drivers. With 218hp of power and a price of around €43,000, it is €6,000 more expensive than the 2.0 TSI.

In fully electric mode, a WLTP range of slightly over 50km is offered. The vehicle is almost 4.9m long, only the E-Class T-model and XC90 are longer in comparison. The PHEV is one of the more recent contenders in the field (launched in October 2019), so you are also getting VW Group’s latest PHEV technology. 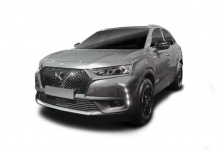 The DS7 Crossback E-Tense was only launched in November 2019 in Europe. It offers a fresh and bold design, and CO2 emissions are 30-35 g/km (WLTP), which is low in the field. The four-wheel-drivea well-hidden battery under the rear bench seat. Furthermore, you have the hybrid technology track record of the PSA group on board too.

The E-Tense starts at €50,000 for the Be Chic version, with an electric-range of almost 60km under WLTP, with 300hp. A DS7 PureTech 225 Automatic with 225hp is priced at slightly around €45,000. DS targets the premium end of the market, so will be looking to target BMW X1 and Volvo XC40 customers, but the Ford Kuga may be on buyers’ shopping lists as well. 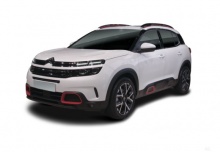 The C5 Aircross PHEV was first introduced in China and got its European launch in 2019. It is versatile and offers excellent plug-in technology at an attractive price. It is 4.5m long, and you do not have to worry about losing space when selecting the PHEV over the ICE version.

The range is 50km (WLTP) and it is available as two-wheel-drive. At €40,000, it is priced clearly above the top petrol variant, which starts at €31,000, but it is better equipped and offers 25% more power. In terms of price positioning, alongside the Ford Kuga, the C5 Aircross PHEV is hard to beat. 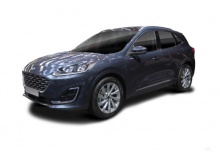 Consumption levels are attractive in the field. Expect a WLTP range of 56km. It is more of a compact SUV or crossover, a niche that has been a successful one for the Kuga. The price is right, and there is little to no competition coming from below in terms of price. 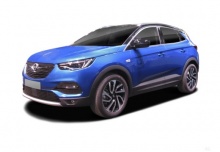 The PSA/Opel alliance has pushed PHEV technology in successful products like the Grandland X, another compact SUV contender. Opel offers AWD and 2WD variants to address all possible use cases for a compact SUV. And that is a wise choice, increasing the attractiveness of the concept.