The German Federal Transport Minister, Andreas Scheuer, wants to boost electric vehicle (EV) sales by doubling the Umweltprämie (‘Environmental Bonus’) from €2,000 currently to €4,000 by 2020. As the measure would only apply to small battery electric vehicles (BEVs) or fuel cell vehicles (FCVs) with a purchase price of no more than €30,000, OEMs may reduce the list prices of cars that currently exceed this threshold.

Cars priced between €30,000 and €60,000 will also benefit from a higher government incentive, albeit with a much smaller increase to €2,500. For light commercial vehicles and taxis, however, the subsidy is expected to be even higher. An electric taxi could ultimately be eligible for subsidies of up to €8,000 in total – depending on whether carmakers also increase their contributions.

The car industry currently matches the German Government subsidy, meaning eligible vehicles benefit from a €4,000 reduction in their list price. Carmakers may again match the proposed higher incentives for cars that qualify, namely BEVs in the A-segment and B-segment such as the Peugeot iOn, Renault ZOE and the electric EQ variants of the Smart Fortwo and Forfour.

However, numerous C-segment BEVs have a list price that slightly exceeds €30,000 in Germany, and so it is likely that carmakers will reduce their list prices to qualify for the higher incentives. Whether they would then also match the higher government incentives remains to be seen.

BEVs that currently have a list price higher than €30,000 in Germany include:

The German Government has been widely criticised for not reducing CO2 emissions, which have essentially been at the same level in the transport sector since 1990. Germany is therefore unlikely to achieve the EU target of a 37.5% reduction on 2021 CO2 emissions levels by 2030, unless effective new measures are introduced.

Smaller electric cars have especially struggled to find buyers in Germany and across Europe, partly because they offer even less competitive total costs of ownership (TCO) than larger cars with higher prices. Autovista Group recently highlighted that prices of BEVs need to be lower to gain momentum and that small cars may even face an uncertain future if electric variants cannot offer competitive TCO and therefore continue to rely on internal combustion engines. 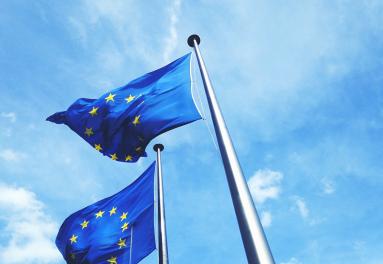