Following the outbreak of coronavirus (COVID-19) in Europe, there has been increased activity amongst carmakers and governments as they look to take advantage of a burgeoning electric-vehicle (EV) market that could lead to a wider automotive market resurgence.

Germany’s government is to support the financing of a battery-cell factory in Sweden with a state guarantee of $545 million (€447 million), highlighting the importance of battery technology to the country’s automotive market.

Both Volkswagen Group (VW) and BMW are involved with Northvolt, having entered strategic cooperation for joint research and development.

The federal guarantee is part of the government’s foreign trade promotion, in which funds can be used to support projects abroad when there is a particular state interest – in this case, because of the importance to the country’s automotive and electromobility sector. As part of the financing, the government has confirmed that the $545 million bank loan has been secured against political and economic risks of up to 80%.

Meanwhile, startup company Verkor is aiming to build a French gigafactory in the country that will serve the southern European markets of France, Spain and Italy. The company plans to begin production in 2023.

The new facility will open with a capacity of 16GWh, increasing to 50GWh in line with market dynamics. The company says it will need around €1.6 billion of investment and will create more than 2,000 jobs, supporting more through the supply chain.

‘The number of new electric models available on the market has since risen to 175 in 2020 compared to 50 in 2018, with all experts in agreement that the battery-electric vehicle (BEV) market is set to explode over the new few years,’ the company stated.

‘Against this backdrop, projects to build battery-cell gigafactories are thriving in Europe. For the southern European market, a dynamic market assumption based specifically on the gradual ban of petrol-car sales, puts the electric market share at 60% by 2030, representing 170GWh for this region alone. Yet, only one project using disruptive technology has emerged in the sub-region at this stage. Therefore, there is room for other capacity-generating projects.’

The two stories highlight how important battery-production in Europe is to the automotive industry. Currently, many carmakers rely on imports of batteries from Asia, a process which not only takes longer but also increases the carbon footprint of a vehicle due to how units have to be shipped.

Northvolt and Verkor are joined by Tesla, CATL and Britishvolt in establishing gigafactories in Europe, as the automotive industry looks to rid itself of reliance on production facilities in China and Korea, and take more control over the supply of units, allowing them to increase the production of EVs as consumer demand grows.

Government support is also critical, as is the case with Northvolt’s investment. Germany has long been reliant on diesel technology, with its automotive industry synonymous with the engine first developed in the country. However, the Dieselgate scandal has obliterated the market across Europe. In 2016, the technology enjoyed a 49% share of the market, whereas last year this had dropped to 30.5%. With a need to reduce CO2 emissions across fleets, low and zero-carbon technologies are at the forefront of many carmakers research and development projects.

The Welsh Government has also been involved in helping Britishvolt find a location for the UK’s first gigafactory, as the country looks to capitalise on EV technology to promote its research and production ambitions in the wake of Brexit.

‘Fail, and we fall behind, other countries will step in and take leadership, just as China has done on a global scale,’ commented Orral Nadjari, founder and CEO of Britishvolt. ‘We will have to rely on imported technology to fulfil our future ambitions, which could be even more unenviable post-Brexit. Imagine if Britain had missed out on the first industrial revolution? I believe that this would be an opportunity missed on that scale. We at Britishvolt know that this is impossible without the right investment and government funding.’ 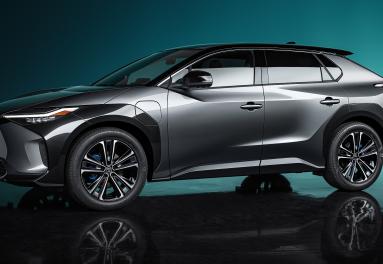