Neil King, Autovista Group’s Senior Data Journalist considers the fines facing carmakers as the new regulations on emissions come into force. In this first part, King considers the rise in CO2 emissions of new cars across Europe again in 2019.

Provisional data for specific countries suggests that the EU-wide average CO2 emissions from new cars rose again in 2019. Manufacturers will increasingly push electric and hybrid vehicles and this should reduce their average fleet emissions from now on.

Nevertheless, car manufacturers in the EU are not expected to meet the new 95g/km target and could face fines amounting to more than €20 billion in both 2021 and 2022. All major carmakers are expected to miss their respective emissions targets under this new regime.

After a steady decline from 2010 to 2016, the average CO2 emissions of new passenger cars registered in Europe increased to 118g per kilometre in 2017 and the upward trend continued with an increase to 120g/km in 2018, according to data released by the European Environment Agency (EEA) in June 2019.

The implementation of the worldwide-harmonised light vehicle test procedure (WLTP) contributed to the increase in emissions figures in 2017 and 2018 as new European driving cycle (NEDC) -correlated figures (converted from WLTP figures) are typically higher than the readings under the previous NEDC test regime. Moreover, the ongoing decline of diesel cars in favour of petrol, accompanied by rising demand for SUVs, has driven European emissions higher.

The European Environment Agency (EEA) has not yet released 2019 CO2 emissions data for the EU but data from national sources reveal that the average emissions from new cars rose in all the EU5 markets except France. This clearly suggests that average emissions rose across the EU again in 2019.

The German motor association, the KBA, already reports C02 emissions for 2019 in WLTP terms. At 157g CO2/km under WLTP, this has been converted to 130.8g/km under NEDC. Nevertheless, this is the highest emission level in the EU5 markets and Germany’s automotive industry could suffer a serious number of job losses over the next decade as the country shifts to electric vehicles.

The WLTPFacts.EU website reports that ‘a comparison of new WLTP-CO2 values and NEDC CO2 values over the period of transition from NEDC to WLTP will be the basis for the European Commission to calculate WLTP-specific targets for 2020. These revised targets are required by EU legislation to be of ‘comparable stringency’ to the current CO2 targets based on the NEDC test.’

For the time being, however, the CO2 emissions targets are still based on the old NEDC test. 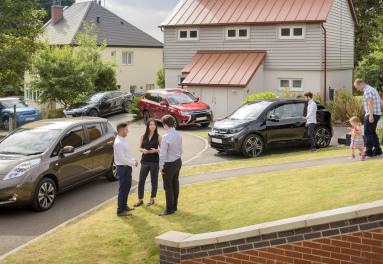