A fine of €90 million has been levied against Bosch for its part in manufacturing engine management software that allowed carmakers to manipulate emissions tests.

Lapses in supervisory duties at Bosch were specifically targeted as the main source that facilitated emissions cheating. It is reported that 17 million offending devices were delivered to OEMs during the scandal.

German prosecutors said the €90 million fine is made up of €2 million for a ‘regulatory offence’ and a further €88 million to penalise ‘economic benefits’ that may have been garnered due to the oversight.

‘With the issue of the notice of fine, the investigations conducted by the Public Prosecutor’s Office of Stuttgart against Bosch as a supplier of engine control units for diesel engines has been completed,’ Bosch said.

Bosch has accepted the fine and will not appeal against it, but investigations into individual employees are still ongoing. Individual employees were allegedly encouraged to install software that could be used to subvert emissions tests by carmakers.

Bosch is just one on a long list of scalps claimed by prosecutors worldwide following the Dieselgate scandal. Both European and Northern American authorities have been keeping a watchful eye on carmakers for any wrongdoing.

Germany continues to spearhead investigations, issuing fines to both Volkswagen and BMW for their own emissions issues in February. The country’s motoring authority, the KBA, is also investigating Daimler over suspected manipulation, while all three carmakers are facing action by the EU Commission following the uncovering of a cartel on emissions systems.

Porsche was also handed a €535 million fine by German prosecutors for its own part in developing ‘defeat devices’ and the scandal itself.

Earlier this month, French carmaker Renault was also exposed for using similar software. Though the company denies these allegations, ISAT (a French transport institute) confirmed that Renault’s Clio and Captur models shut down one form of emissions control outside a range of air temperatures covering official tests but not everyday use. 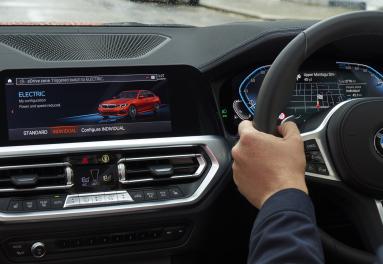