Car dealers have closed across Europe, with a dramatic impact on used-car sales and the volume of vehicles entering the market. Autovista Group senior data journalist Neil King discusses the latest developments.

The inevitable coronavirus-induced decline in used-car supply and sales in Europe1, started in Italy in early March. Volumes of both fell between 2 and 9 March in Italy but they continued to rise over that week in the other major European markets.

‘The official day for the closure of dealers in Italy was 12 March, but some were already closed beforehand through personal initiative’ commented Marco Pasquetti, forecast and data specialist at Autovista Italy. The shutdown period in the country is currently scheduled to end on 3 April.

Since 9 March, however, used-car sales volumes have declined in all the major European markets except France, where volumes still grew between 6 and 13 March. Yoann Taitz, operations director at Autovista France, highlighted that because of the tax changes to new cars in effect since 1 January 2020, the used-car market has performed well, especially because of the high volume of tactical registrations in December and January. ‘The new-car market has contracted since January while, conversely, the used-car market has performed well, growing between 8% and 10%,’ said Taitz.

‘We can explain the drop in used-car sales since 16 March by the fact that sales activities (both new and used cars) stopped completely and suddenly after the French government decided to close all non-essential businesses on 14 March,’ added Taitz.

Similarly, ‘the last day that dealers could remain open in Spain was 13 March,’ Ana Azofra, valuations and insights manager at Autovista Spain, has confirmed. 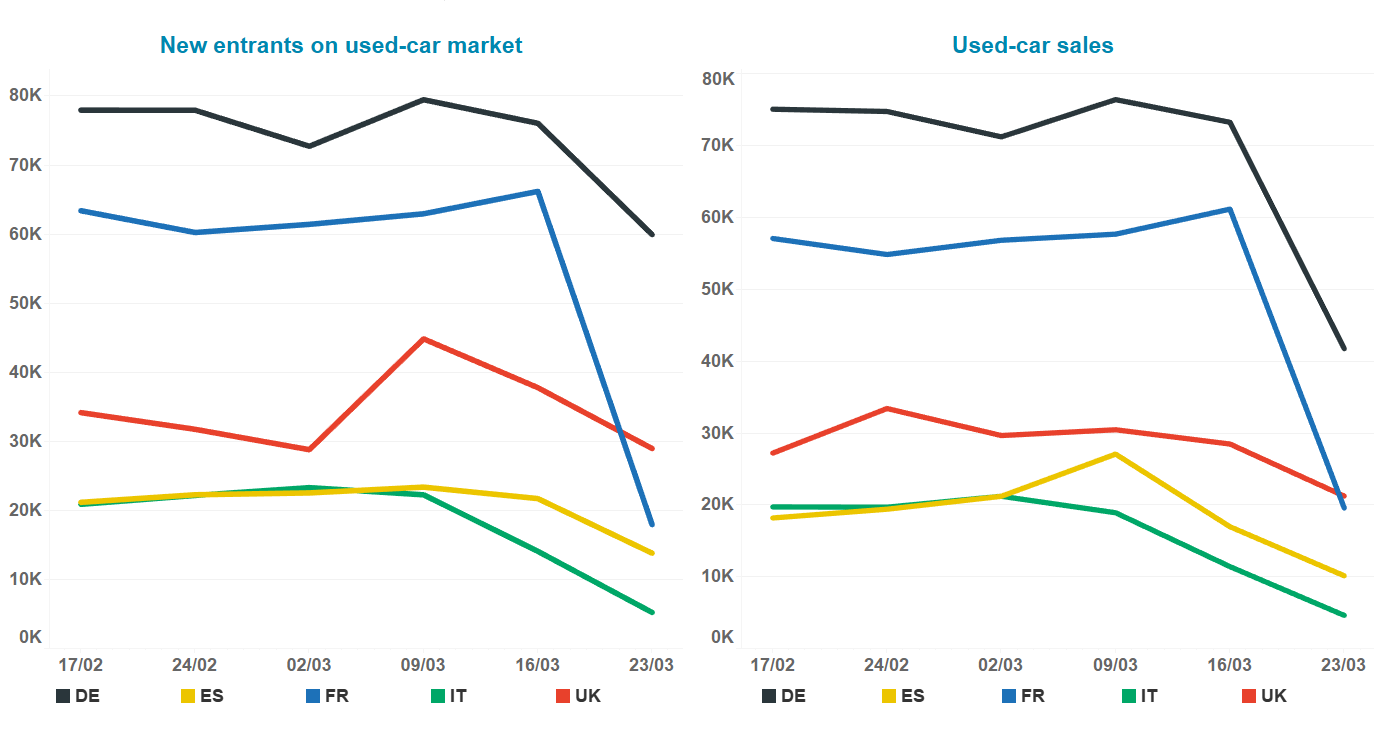 The dealer situation in Germany is mixed as decisions are mostly taken at state level, even if the Federal Government has adopted a position. ‘In some parts of the country, limitations and closures were either recommended or in effect, but service and maintenance is still permitted to maintain individual mobility. Service departments at dealerships are therefore explicitly excluded from many restrictions except for the rules about gatherings of more than two people and social distancing,’ commented Andreas Geilenbrügge, head of valuations and insights at Schwacke.

The decision to close the retail part of dealerships has been in effect nationwide in Germany since 18 March, hence the dramatic fall in used-car sales between 16 and 23 March. ‘Potential customers can hardly come for advice or to sign contracts, even if they wanted to,’ Geilenbrügge wrote in a recent article.

The rate of decline in used-car sales has been less pronounced in the UK than in the other major European markets. However, following Prime Minister Boris Johnson’s address to the nation on Monday (23 March), all shops selling non-essential goods are closed and so used-car sales will follow the same rapid downward trajectory in the UK.

The negative used-car sales trend has been replicated on the supply side, with the number of new entrants on the used-car market declining first in Italy (since 2 March) and the other major European markets following.

However, the development of used-car supply in the UK has been anomalous. The usual spike in new-car registrations in early March, because of the introduction of new age-related number plates (on 1 March and 1 September each year), translated into a surge in the supply of used cars between 2 and 9 March. The initial surge in new-car demand at the start of March will have subsided and following the UK Government announcement on 23 March, the supply and sales of used cars will now reduce dramatically in the UK.

The latest used-car data point is for 23 March and includes the used-car supply and sales data for the week before, when dealers were still open in the UK and Germany (the latter until 18 March). There are also delays between the physical sale of a vehicle and its removal from sale on the used-car portals tracked by Autovista Group. ‘Some dealers were quite creative and reportedly tried to sell what they could ahead of closing,’ Geilenbrügge commented.

However, given the lockdown in effect across Europe and the closure of dealer sites, will the supply and sales of used cars trend down to zero?

The answer to this is no.

‘In France, dealers are closed for sales and new orders but they have the possibility to deliver ordered cars to customers, which explains why sales figures are not at zero,’ Taitz explained.

Finally, Geilenbrügge pointed out that some sales of used cars are business-to business (B2B) and/or for export.

Autovista Group is using its live data to monitor and report on developments in Europe’s used-car markets. We are also assessing the short-term and long-term developments in the form of scenarios during this pandemic period and beyond.

1Used-car sales and supply data are calculated by Autovista Group based on the number of adverts on online portals and are not representative of the total volume of used-car transactions and cars entering the used-car market. 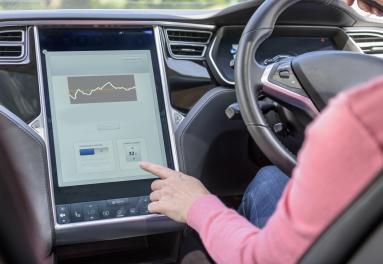