Car people typically associate the name Maserati with stylish coupes and elegant saloons with exotic names like Khamsin and Ghibli. The brand doesn’t immediately conjure up in the mind an image of a bulky SUV – but if Porsche can make a go of it, why not Maserati?

The Levante initially came to the UK in diesel-only form, but in 2018 the new 350 V6 petrol engine version was introduced, which was the model I tested. In its Blu Passione paint (a £660 extra) and 20-inch Nereo wheels, along with premium fine grain leather in Nero with Rosso stitching (£2,750) and black piano trim it certainly looked an expensive machine, which at a total price of just under £75,000, it certainly was. 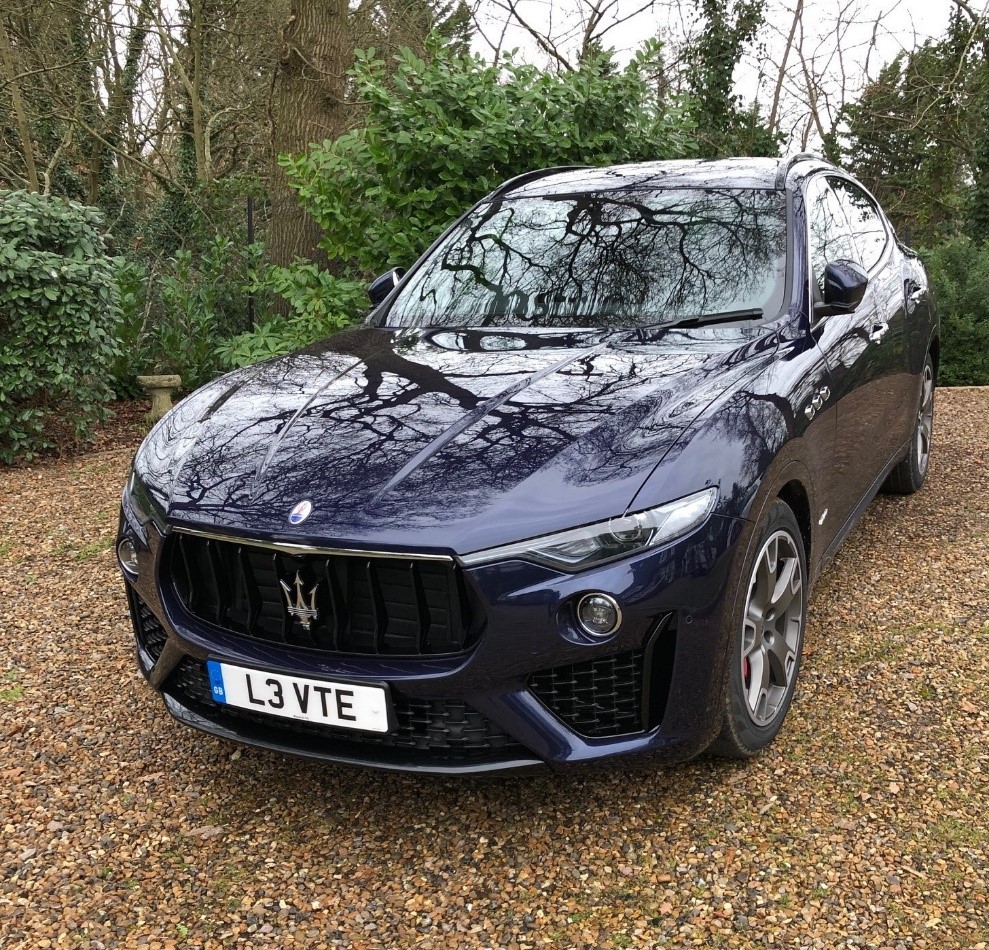 If you like SUVs, there’s a lot to like about the Maserati Levante. If you are not a fan of SUVs, then it will do nothing to convert you. I am in the latter camp, but in the interests of objectivity am parking my prejudices for today.

Wherever one stands on the SUV spectrum, there is no getting away from the fact that this car is big, wide and heavy. It looks very fierce at the front, so much so that a surprising number of other road users give way to it. Climb aboard and the chances are you will knock the light switch with your knee. Initially, I wondered why the fog lights often seem to be on.

The car starts with a flair of revs which is more embarrassing than exciting, but it is very smooth and quiet in normal mode, so much so that the temptation is to run it in “Sport” mode most of the time so you can hear the engine, which sounds great. Throttle response is turbo-typically woolly, but once wound up, it accelerates with enthusiasm, albeit less forcefully than I had anticipated, I guess a consequence of the weight. Traction is fine with rear wheel drive engaged in normal use, and front wheel drive cutting in imperceptibly if and when needed. However, wet roundabouts need to be treated with respect as again, the weight makes its presence felt and understeer sets in at quite low speeds. 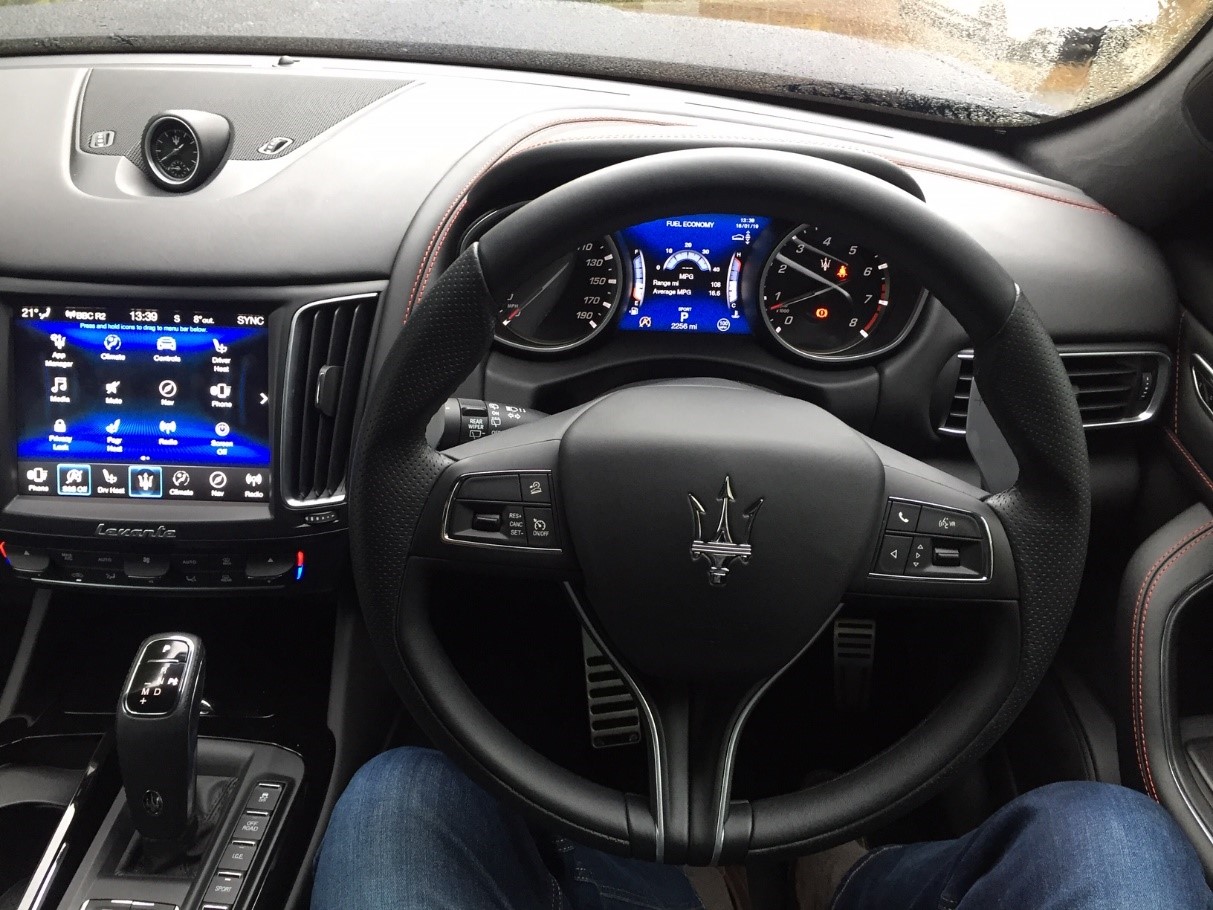 The steering wheel is pretty large, which again limits the Levante’s ability to emulate its sporting forebears. As a result, the best way to drive it is to adopt a more relaxed style; when cruising it is really quiet and smooth, with a supple and quiet ride and very low noise levels. A brisk dual carriageway trip showed it as doing 24mpg, as opposed to the more typical 16mpg on shorter journeys such as the school run.

The car is loaded with kit, accessed mainly from the central touch screen, which works rather well provided you can find the symbol you need to press. The satnav was notably quick and easy to use.  It did cause me some bewilderment from a periodic beeping sound that had me scrabbling through the on-screen handbook  (which was rather less of a success than the satnav), until I realised it was an over-sensitive camera warning which seemed to be triggered by security CCTV on buildings we were passing as well as speed cameras. I never did work out how to turn it off. 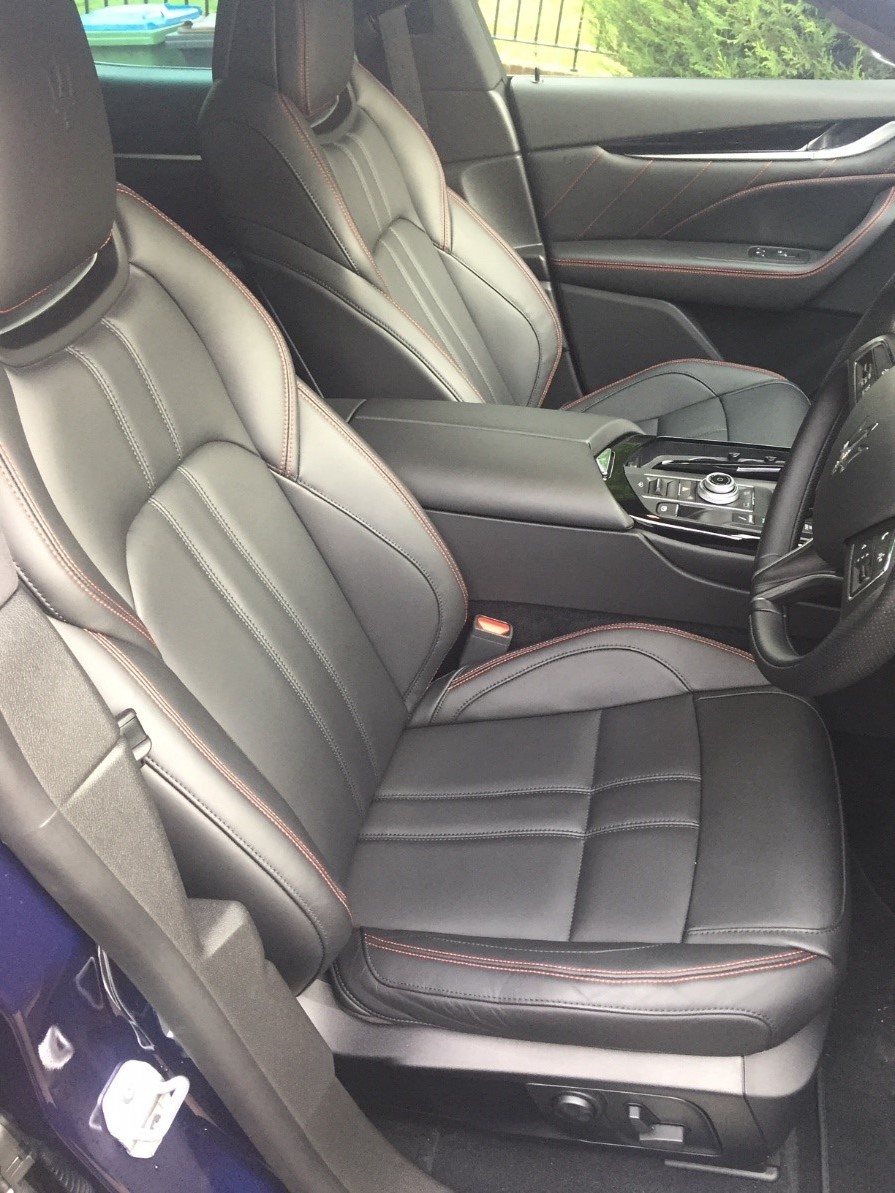 I did like the seats, which were a bit of a climb to get into but then adjustable in every direction and very comfortable. The gear lever needed deliberate movements and did not like being hurried. There was reasonable space inside, although not as much as the exterior bulk of the car would lead you to believe. If you are looking for the most family friendly luxury SUV, this is probably not going to be your first choice.

The car’s looks divided opinion. The alloy wheels are its best feature to my eyes. It looks elegant at the back, but rather too much of an aggressive bruiser at the front. There are some lovely Trident badges on the rear pillars but they look so delicate that an enthusiastic clean might well break them off.

Overall, the Maserati sounds the part, is lovely inside and makes light work of long distances. It has a place in the SUV market for those looking for something different. However, those expecting it to handle like a classic Italian sports car should look elsewhere, either at the Ghibli saloon or at the Alfa Romeo Giulia. 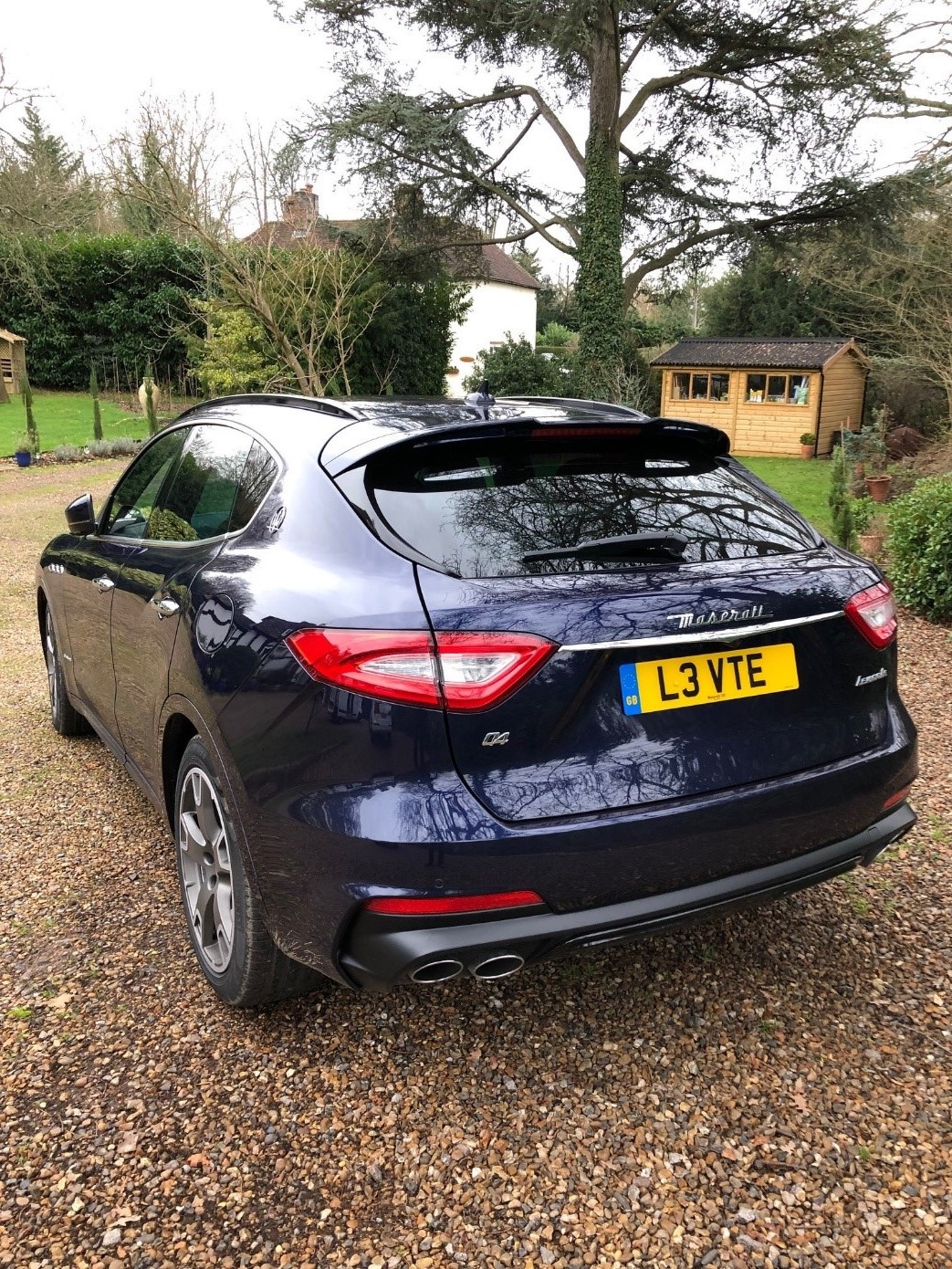