How do battery-electric vehicles deliver against the key metric of TCO?

A key metric for the automotive industry, especially with multiple powertrain options now available on the market, remains the Total Cost of Ownership (TCO).

Despite a shifting industry landscape, with new technologies and pressures presenting challenges for carmakers, TCO remains an important part of a model’s core. It is for that reason that Autovista Group celebrates some of the best vehicles to deliver against this key metric.

In the first of four articles, we look at the models nominated in the battery-electric vehicle (BEV) category for the TCO Awards 2020. There is a strong quality of TCO-based sales arguments for alternative powertrains. The industry has reached the point of no return for electric mobility and manufacturers have risen to the challenge, with an impressive variety of options launched onto the market.

Autovista Group has also created a dashboard comparing the retail prices (including taxes) and TCO of leading C-segment BEVs in France, Germany, Spain and the UK. 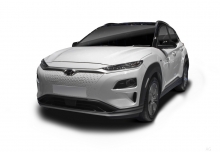 The Kona was first introduced at the end of 2017, with its Electric variant premiering in the following year. It is available in three powertrain alternatives, with eight years of manufacturer warranty, not only on the battery but also on the vehicle – a unique selling point. It is priced at around €35,000 for the small battery capacity and at almost €42,000 for the long-range variant (all prices before incentives and discounts). At almost 4.2m long and c. 1.6m high, it operates in the compact SUV segment.

There are many TCO-focused elements in favour of the Kona Electric, including a fixed price for wall-box installation and an attractively priced energy plan with partner EnBW (in Germany). Hyundai equips dealers with TCO breakdowns vs the internal combustion engine (ICE) variant in its briefing pack. These demonstrate the significant financial benefits offered in several markets. WLTP range is up to 450km and consumption is around 15kWh/100km (NEDC), amongst the lowest specifications of the models nominated.

If you are looking for a BEV coupled with all-wheel drive (AWD), exclusivity and performance, take a closer look at Jaguar’s I-Pace. The twin Jaguar-designed electric motors, with a combined 400hp and 696Nm, deliver 0-100 km/h in 4.8s. On the plus side for TCO, there is Jaguar Care, which provides three years of free servicing.

The I-Pace features wireless over-the-air updates to ensure customers always have the latest software on board - a helpful feature, with technology and connectivity requirements continually advancing. This has proven useful in keeping the vehicle’s performance and range up to date, with world harmonised light vehicle testing procedure (WLTP)- compliant range now reaching 470km. The I-Pace also features charging capabilities from 0-80% in 40 minutes, if a 100kW DC charger is available. There are other practical features that make this car unique, such as the electronic adaptive-air suspension that can raise the vehicle to 230mm off the ground. Prices start at €77,000. 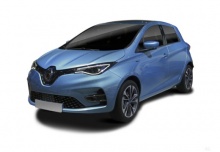 Renault’s Zoe was introduced in 2013 and has the longest record of accomplishment in this category as well as a well-trained dealer and service network. The Zoe received a facelift in 2019 and now offers a maximum battery capacity of 52kWh and a solid range of almost 400km (WLTP). Renault is among the few manufacturers that publish realistic WLTP values for consumption.For the Zoe this is around 17kWh/100km. Prices start at around €30,000, and the top variant is priced at €34,000, 20% less than the long-range version of the Kona Electric.

At 4.1m it is not much shorter and is almost as tall as the Kona. Renault has worked systematically to improve cost and performance for the Zoe: charging versatility has improved, the new 135hp powertrain is more responsive, and there is a new driving mode, B-mode, for single-pedal driving. The interior quality has also improved. 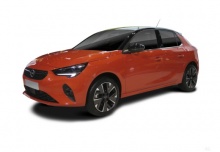 The Corsa-e looks sleek and can be easily compared with the ICE equivalent. It is priced at around €30,000, and consumption is 16.8 kWh/100 km (NEDC). Its range is almost 340km (WLTP). Considering the incentives and lower benefit-in-kind taxation in some markets, it is an attractive package.

The car exhibits good traction, a suspension that is dynamic but not too stiff, direct steering, and it feels safe to drive. It is slightly longer than 4m and stands 1.4m high. Opel/Vauxhall offers a handy range simulator on its website to establish a link between driving style, speed and temperature and what effect this has on the range. This is a very transparent and appealing approach to addressing any range anxiety concerns that may exist. Opel/Vauxhall offers a charging pass, which gives you easy access to 150,000 stations Europe-wide. 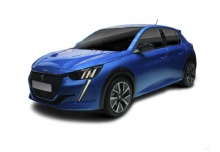 Peugeot has an almost 10-year BEV track record with the Ion. The e-208 is bigger and better and can too be directly compared with the respective ICE version 208. Driving performance is better than for the ICE, however; the BEV variant has 260Nm of torque vs 205Nm for the ICE variant. There is hardly any compromise in terms of roominess and boot volume compared to the ICE variant, which is surprising. It consumes 17.6kWh/100 km (NEDC), and its range is up to 340km (WLTP). Quality and design of the interior are a highlight – and daring.

The car can handle up to 100kw, charging 0-80% in 30 minutes. As it is on the same platform as the Corsa-e, height, length and weight are similar. Platform sharing will result in economies of scale, which will help to keep prices attractive.

MG developed the ZS EV based on the ICE variant; consequently, the cars look alike. This helps bring down costs, resulting in an attractive price tag for an SUV with a 260km (WLTP) range. The recommended retail price is around £2,000 (€2,245) lower than that of a Corsa-e or an e-208.

MG’s BEV SUV is currently not available in the major European markets outside of the UK. Still, it is a worthy contender when it comes to affordability and TCO-attractive electric mobility. Range may be on the low end and the brand needs to be revived outside of the UK. Nevertheless, if you add to the mix the various government grants available in many countries, you get a very attractive TCO position.

‘Considering the price and the size of the vehicle, the MG ZS EV is an attractive prospect,’ says Daily Brief news editor, Phil Curry. ‘The interior is comfortable and perfect for a family of four and using the ICE ZS as a base, makes the transition to driving electric easier. While the range is lower than its competitors, with a home charging point, it will be adequate to cover the distance that many will travel on a daily basis.’

The Polestar 2 is an iconic BEV from a fresh brand that comes with 470km range (WLTP), is 4.6m long and 1.5m high. Leveraging Volvo Car Group synergies for lower production costs, the list price is modest for the statement that you make when driving the vehicle. Polestar is consistent in its vision of offering exclusivity paired with simplicity.

From design, over-the-air update functionality, to an environmentally sustainable and recyclable interior. The pricing position will be helped by Polestar’s online-only approach to selling; the price is under €60,000 across European markets. It has all-wheel-drive so will be targeted at similar buyers to those of the Tesla Model 3. 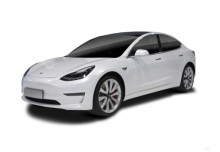 Tesla Model 3 offers 409km (WLTP) of range in its rear-wheel-drive variant – for €44,000 – and 560 km (WLTP) of range for its long-range variant with all-wheel-drive that starts at €54,000. A performance variant is priced at €60,000 and brings more exclusivity and sportiness but, from a TCO perspective, the long-range variant is the most enticing one. At that price point and with its residual value positioning, it can well compete with premium ICE AWD models from a TCO perspective. The rest comes down to taste, but the Model 3 is sought after and comes with a charging network and an owner community that contribute to a powerful sales argument.

Tesla is promoting the TCO advantage in simulators on their website, and when they engage with customers directly. The zero discount strategy helps conserve residual values.

It is a bit too early to be conclusive about the Mustang Mach-E, as official specifications have not been published. Ford targets a range of 600km (WLTP), which would be top of the line. At 4.7m long (same as the Tesla Model 3) and 1.6m high, it is larger than one might expect, but this is because the batteries are below the cabin.

Ford decided to launch the Mach-E as an SUV. Three variants are offered, and prices start at €47,000, reaching up to €67,000 for the First Edition model. This appears pricy, but if you want to reserve one, you have missed your opportunity. Ford also announced that they will launch the Mustang Mach 1 with V8 and 500hp, but a BEV variant is nonetheless a worthy extension of the Mustang story.

‘Ford has a lot riding on the Mustang Mach-E as its first mass-produced BEV, and this is perhaps why they’ve chosen the branding, to evoke emotion among consumers,’ comments Curry. ‘Using the Mustang name also allows the carmaker to give the Mach-E an aggressive look, with sharper lines and a wider stance, which will help it stand out in the field.’

Next in the series we will focus on contenders in the diesel category.